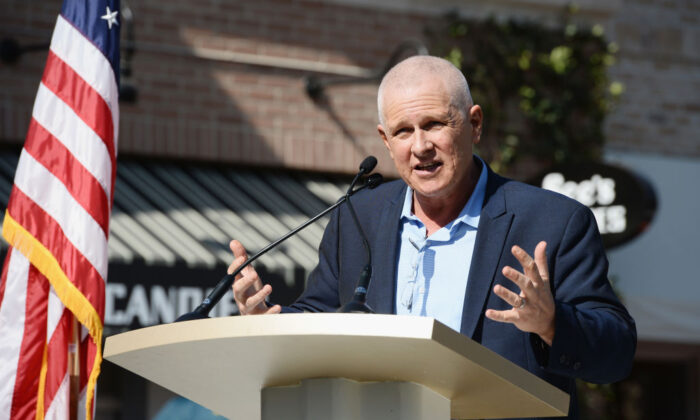 LOS ANGELES—Los Angeles City Councilman Mike Bonin will not be running for re-election in the upcoming race for Council District 11.

Bonin announced on Jan. 26 he will not seek a third term in the June primary elections and will shift his focus to his health and wellness instead.

He said his position in the city council “has forced [him] to focus much more of [his] time and energy on battling the negative instead of creating the positive.”

“I’ve struggled for years with depression,” Bonin wrote on Twitter on Jan. 26. “It’s a constant companion, and often a heavy one. There are times when this job has made that easier, and times when it has made it more challenging. Instead of seeking another term, it’s time for me to focus on health and wellness.”

Bonin was first elected to District 11’s council seat in 2013, and in 2017 he was reelected by winning 71 percent of the vote. Last year, he announced he would seek re-election in the upcoming race for his seat in 2022.

In a video message posted on the same day, Bonin touted his work advocating for homeless housing and services, rental protections, and environmental protections during his time in office.

Bonin was an early supporter of the city’s efforts to transition the Department of Water and Power to 100 percent renewable energy by 2035 and co-introduced a 2017 motion to ban oil and gas drilling in the city—a motion that will likely materialize very soon as the city council just voted on Jan. 26 to draft an ordinance banning new oil and gas wells.

Over the last summer, Bonin conducted a housing program that housed 213 homeless people originally living on the Venice Beach Boardwalk; the program focused on building a pathway to permanent housing over enforcement of the encampment ban.

However, Bonin’s approach to housing came under fire when the boardwalk, as well as other places in his district, became overcrowded with encampments after Bonin refused to enforce the city’s encampment ban for public spaces.

Bonin was the subject of a recall campaign launched in 2021 by Venice Beach residents Nico Ruderman and Katrina Schmitt.

The campaign began in June, and in November submitted 39,188 signatures—well over 27,317, the number required to trigger a recall election.

The campaign ended on Jan. 18, however, when City Clerk Holly Wolcott said in a press release that the petition was found to have a total of 25,965 valid signatures—1,352 fewer than the 27,317 required.

This means that about 13,223 signatures were not verified by the city clerk.

Despite the recall efforts, Bonin maintained that he would have won a third term if he ran.

“I know this decision is surprising,” Bonin said in the video, “I’m pretty damn confident I could have won a third term on the city council. So why am I not running? The decision is not political. My decision is deeply personal.”