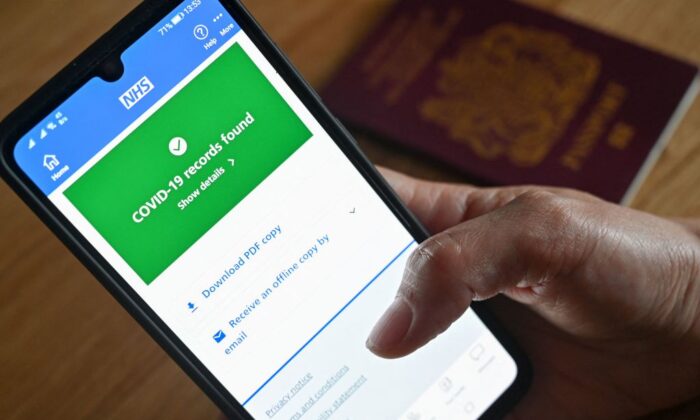 Los Angeles County residents will not see vaccine mandates for indoor public spaces for now, the Los Angeles Board of Supervisors signaled on Aug. 31.

“I wasn’t convinced that I was ready to pull the trigger on proof of vaccination,” Supervisor Janice Hahn said during the city council meeting.

On Aug. 10, the Board of Supervisors approved a motion by Hahn to investigate the possibility of a vaccine requirement for indoor public spaces in the county—including restaurants, retail stores, entertainment venues, and other public spaces. Last month, the board approved a plan to require all county employees to be fully vaccinated or undergo weekly COVID-19 testing.

Ferrer’s report indicated that vaccine numbers have been dropping in recent months, from nearly 450,000 vaccines administered per week at the peak in March and April, to approximately 70,000 doses per week in mid-August.

The supervisors’ conversation came after many county residents called in to the meeting to speak against the vaccine mandates.

“The fact that the supervisors have worked hard to get people access to two vaccines or that they’ve supported policies to keep people safe is not the problem—those are good things,” resident Nathan Ignacio said.

“The problem is that they treat us like children, employees, and peasants. They bribe people with taxpayer-funded giveaways and junk food to get the vaccine. So their priority does not seem to be fiscal responsibility or health or science. So, while I support the availability of vaccines, I oppose the current and proposed mandates.”

Other residents who called in, such as Jeffrey Bowl, decried a vaccine mandate as “racist” and “discriminatory” in nature, especially toward the African American community.

Ferrer’s report showed that vaccination rates amount young people in African American and Latin communities in the county were 50 to 59 percent, and Ferrer suggested during the meeting that “targeted vaccine mandates” might raise the vaccine numbers in these communities.

“I just think that these mandates are a slippery slope. I appreciate that the Board of Supervisors are attempting to keep us safe, but again, these mandates are racist and discriminatory in nature, and they need to be abolished,” Bowl said.

“It’s important that we also look at other treatments and investigate natural immunity,” Bowl said, pointing to an Israeli study that reported that people with natural immunity are more immune to the delta variant than people who have had two shots of Pfizer.

Ferrer said, “The use of targeted vaccination mandates is an effort to accelerate the pace of vaccination coverage that can both slow transmission and save lives.”

“So we did recommend that we look towards implementing a requirement that people be vaccinated to enter in … These are places where we think it makes sense to ask people, if they want to use these services or engage in these activities, that they do get themselves fully vaccinated,” she said.

Ferrer said her department thinks indoor vaccine mandates are a “viable strategy,” but said, “We defer to the board.”

Hahn, for her part, said she was “pleasantly surprised” by Ferrer’s chart, saying the numbers looked a bit more optimistic than they did a week ago. She went on to say that after she read the report she felt “like there were as many challenges to implement something like this as there were benefits of reducing the spread and encouraging more people to get vaccinated.”

“There were some real obstacles to implementing it, there was a sense it would take some time to create a thoughtful media education campaign to educate our business partners as well as the public that we were going to do this,” Hahn said. “Let’s look at some more data and decide if this is the right step for us.”

Board Chair Hilda Solis suggested that the board watch how the numbers play out, giving Sept. 10 as a possible date to revisit the conversation. “I’m certainly not in a hurry knowing that we’ve already instituted a lot of good safeguards already,” she said.

A spokesperson for Hahn declined to give a statement to The Epoch Times since there was no official action taken. Ferrer’s office didn’t respond to a request for comment by press time.