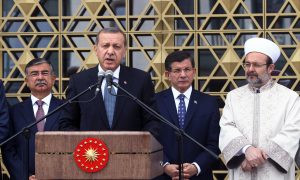 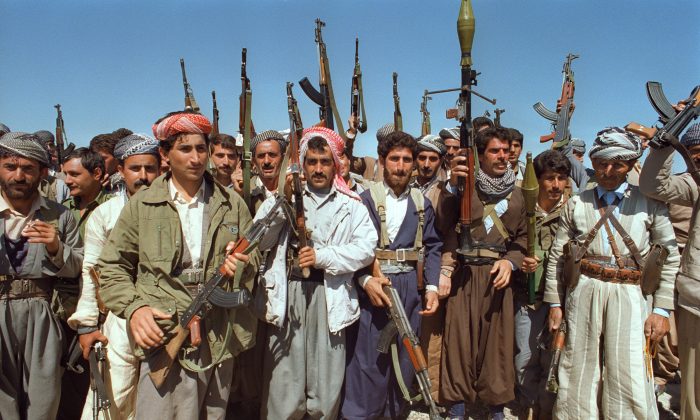 As is the case for the poor, the Kurds will always be with us.

The desire for national statehood by peoples has been a driving historical force that created much of modern Europe. President Woodrow Wilson at the Versailles Conference noted the desire for national sovereignty by ethnic/racial/linguistic groups. And thus the misguided “Balkanization” of good portions of the Middle East and Africa with artificial national boundaries as the consequence.

Nevertheless, there have been other instances where a coherent “nation”/”people” have not become a state. And the subsequent, somewhat snide comment that “every little linguistic group doesn’t need its own state.”

Turkey: Erdogan Is Forcing His People to Take Sides

Within the shards of the former Soviet Union, there remain linguistic groups fighting to get out and “do their own thing” politically/socially/etc. Think Chechnya. Think Tibet under Chinese domination. Think Sri Lanka’s Tamils pre and post-civil war. Basques and Catalans in Spain. Or even think Quebecois …

Often, desire for statehood has been reinforced with repression by majorities and governments within the states where they live. Or even if not actively repressed by force of arms and political/social/economic discrimination, these “nations” desire for independence persists. (As one Quebecois put it, “I’d rather be the master in my own small home than the guest in someone else’s mansion.”)

But the struggle of the Kurds to escape from the toils of the states in which they are trapped has perhaps been best chronicled. There are major populations of Kurds in Turkey (11 million–15 million), Iran (5.9 million–7.9 million), Iraq (4.6 million–6.5 million), and Syria (1.3 million–3 millions). The total Kurdish population (including diaspora) is estimated between 30 and 32 million, which if assembled as a nation would rank between the nations rated 38th and 39th (Afghanistan and Iraq at 32 million) and 40th (Sudan at 30.8 million). The largest swathes of territory with strong Kurdish presence are eastern Turkey, Western Iran, North-Northwestern Iraq and a small section of Northeast Syria.

Turkey and the Middle East Cauldron

And nobody will suggest that the rulers of these countries historically have been sweethearts, socially/linguistically receptive to protecting minority rights and extending options for Kurdish autonomy.

Starting with historical references to Kurds as opposing the march of Xenophon’s 10,000 through Mesopotamian Mountains, Kurds have been axiomatically rebellious, fighting for independence. Combat has been most brutal in Turkey where they may be as high as 20 percent of the population, and a communist-inspired, terrorist-designated Kurdish faction, Partiya Karkerên Kurdistan (PKK), openly warred with Ankara between 1984 and 1999. Both sides evidenced no-holds-barred brutality.

A two-year truce between Ankara and the PKK ended in July—perhaps an implicit casualty of Ankara’s agreement with Washington to participate in fighting against ISIS and permit U.S. combat operations at Incirlik. Ankara is now mounting air strikes against PKK bases in northern Iraq.

A similar story can be told in Iraq where Saddam Hussein brutally suppressed any Kurdish twitches toward independence. The end of Hussein’s regime opened breathing space for Kurds in northern Iraq—and prompted renewed argument over Kurdish autonomy and sharing oil wealth in Kirkuk and additional areas with giant oil reserves.

And the Kurds are already pushing their oil into the international market. The Financial Times reported that Israel recently has been getting upward of three-quarters of its oil from Kurdish sources. Italy, France, and Greece reportedly are also big buyers with purchases routed through semi-clandestine transit points and suppliers. Such provides substantial funding for Kurdish political/social interests.

The Middle East turmoil has provided another opportunity for the Kurds to create a state of their own. Passionately nationalistic Kurdish militias (Peshmerga) meet religious ideologue ISIS troops with equal fanaticism. They have proved the only effective fighters as contrasted to the frequently bewildered Iraqi army with the coherence of wet cardboard (despite endless training and reorganization by U.S. advisers) and the Syrian “rebels” that the West keeps hoping will provide a stand up force to Assad and/or ISIS. Coalition air strikes in both Syria and Iraq are helping the Peshmerga.

The Middle East turmoil has provided another opportunity for the Kurds to create a state of their own.

More needs to be done—but with eyes wide open. The Kurds fighting in Syria have been linked to the PKK. Pershmerga in Iraq are charged with human rights violations against Arabs. But the hoary maxim of the “enemy of my enemy is my friend” prevails. We have far more to gain in the immediate battle against ISIS by arming Kurds than by remonstrating with them. Likewise, we can urge them to protect Christians and non-ISIS Islamics.

When there is an option between terrorist rapists and torturers and those with dirty fingernails, we have no choice. We’ll call for a manicurist later.