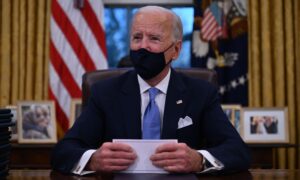 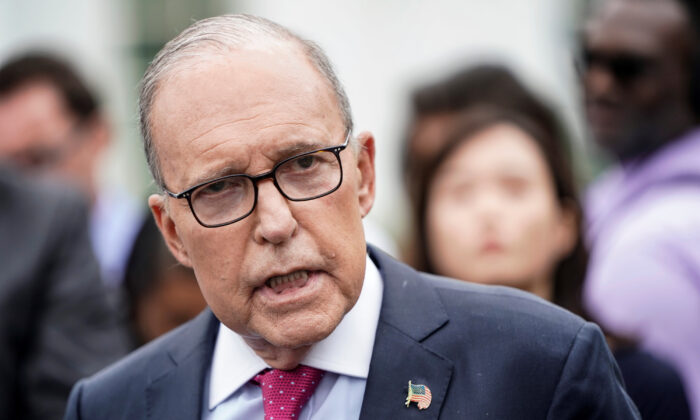 Director of the National Economic Council Larry Kudlow speaks to the media at the White House in Washington on Sept. 6, 2019. (Joshua Roberts/Reuters)
US News

“While I may disagree with President Trump’s behavior in the last couple of months, I think in policy terms he was a brilliant, consequential president,” Kudlow said.

“Our tax cuts helped those who needed it the most,” Kudlow added, talking about the “great progress” Trump made on deregulation and 5G.

Kudlow was named director of the National Economic Council in 2018. Last week Fox News Media announced that he would join Fox Business Network as a contributor and host of his own weekday program.

Elaborating on his disagreement with Trump in the last two months, Kudlow indicated that Trump would have been “better advised” to talk about his “great” policy achievements in foreign policy and economic policy, at the time when electoral votes were confirmed.

Kudlow said raising the national minimum wage will hurt the poorest part of the workforce.

“Once you get outside of, let’s say, New York and California, maybe Illinois, the cost of living is much lower in all these states,” Kudlow said. “And these small businesses that are desperately trying to reopen, they can’t afford it. And therefore, they’re going to lay off workers.”

“I love a maximum wage. I think you have to grow the economy with low taxes and regulations and so forth. And that will get everybody a job, and that’ll get them up to a maximum ‘minimum wage.’”

“But federal legislation never works,” Kudlow stressed. “It costs jobs. It damages those who need them the most. And it’s a terrible idea.”

President Joe Biden signed two executive orders on Jan. 22, one of which will establish a $15 minimum wage for federal employees and contractors.

“No one in America should work 40 hours a week making below the poverty line,” Biden said at the time.

“We don’t even know how much money has been spent or not spent from the prior packages,” Kudlow pointed out. “That’s the odd thing about this. There is no accounting. I’ve seen no numbers.”

“We should be assessing the economy before we dive into another $2 trillion [package], which I must say is something of a Democratic wish list.”