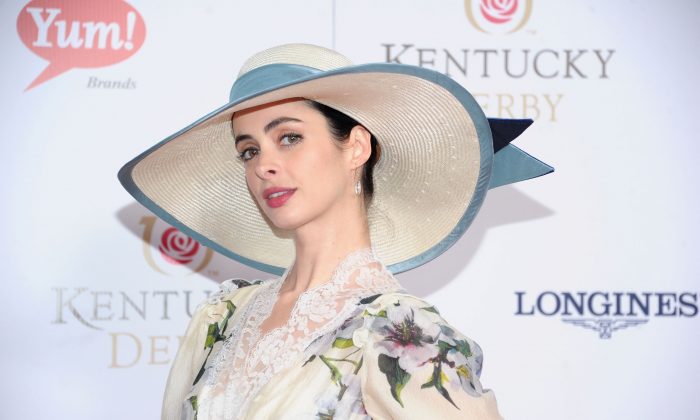 A file photo of actress Krysten Ritter attending the 139th Kentucky Derby at Churchill Downs in Louisville, Ky., on on May 4, 2013. (Michael Loccisano/Getty Images)
Entertainment

Krysten Ritter will return as Gia Goodman in the Kickstarter-funded Veronica Mars movie, she announced Friday. Actor Ryan Hansen made a similar announcement on Thursday.

Production begins Monday, and fan interest in Ritter’s return has remained strong online. The movie is funded by the fans through the crowd-sourcing platform Kickstarter.com.

With just over 90,000 people contributing various sums of money, the movie is supported by $5.7 million from its fans. Creator and executive producer Rob Thomas wrote on the Kickstarter page on March 13: “11 hours, you guys? Seriously? It only took you 11 HOURS to cross 2 million dollars? You speedy little marshmallows. … Words can’t even express how excited we are.”

Ritter Tweeted on Friday: “G-G-G-Gia!!!! I’m thrilled to be reprising my role of Gia Goodman in the Veronica Mars movie!!! It’s gonna be very juicy.”

She wrote: “Veronica Mars has a special place in my heart because it was my first big acting job (!!!!!!) and it was also one of the most lovely on-set experiences you could ever ask for. This will truly be an awesome shoot, not only because we all get to be reunited (can’t WAIT!) but because of the revolutionary way this all was able to come to life! Thank you, thank you, thank you to Rob Thomas, Kristen Bell, Kickstarter, and most of all, to you, our AMAZING FANS, for making it happen. I’m honored to be a part of it!”

Hansen made a video announcement that he would return as Dick Casablancas. He said: “Dick Casablancas started out as an extra, basically. I said one word, I said ‘Logan’… and now here we are doing a movie.”

He said his heart was pounding with excitement: “Can you hear my heart? It’s crazy, you can probably hear my heart.”

That was the cue for a beat leading into a song and dance number.