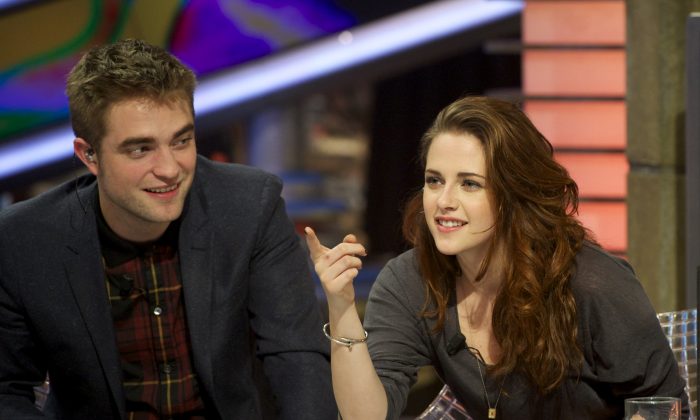 Kristen Stewart is allegedly avoiding her ex-boyfriend and his current love interest FKA Twigs, according to a new report.

Pattinson, 28, was linked to Twigs, 26, starting earlier this year.

There have been rumors that the pair could get back together, but a new gossip blog post says that despite Stewart still loving Pattinson she has decided to avoid him.

“We’ve heard that Kristen is fully planning on taking a break from acting, and she seems well into that ‘break’ right now. However, how much of this break is based on Kristen’s intent to focus on her ‘art’, and how much of it has to do with getting away from Rob, FKA, and the media?” the website said.

“It probably sucks to be reminded of something you can’t have day in, day out, and especially when you’re the one responsible for it in the first place. Plus, I’m sure that the constant criticism gets to her, even though she tries hard to pretend that it doesn’t. At the end of the day, Kristen Stewart doesn’t look like she’s over Robert Pattinson yet.”

Pattinson and Twigs haven’t really spoken publicly about their relationship, but a friend of Robert’s told Radar Online that the actor has been saying how happy he is.


“Robert and FKA Twigs have been together for almost 2 months and they are now very much an item,” the friend said.

“They have a real solid connection. Unlike his relationship with Kristen, Robert is with this girl for the right reasons.”

Twigs did comment on the relationship for the first time, telling The Mirror that it’s going “very good.”

But when asked about what makes a good relationship, she said, “I wouldn’t take advice off me for relationships!”

Twigs and Pattinson were recently in Toronto together and were spotted walking around holding hands before Twigs returned to Europe for her tour.