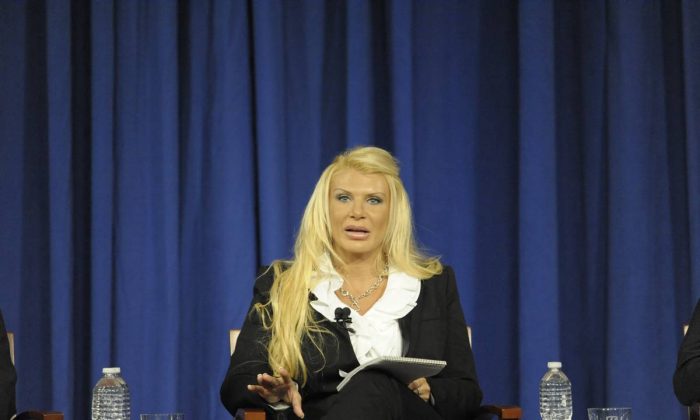 Davis sold prescription pills four different times in four months to a cooperating witness, said the FBI. The witness was arrested in December 2012 and began working with the FBI after pleading guilty to narcotics conspiracy and distribution offenses.

The last thing Davis tweeted on her Twitter account (on August 3)  was an article from the Wall Street Journal about how the FBI uses spyware to “remotely activate” microphones on Android smartphones to record conversations.

She sold thousands of dollars worth of pills to the cooperating witness from 2009 through at least March 2013. As an example of one month, she bought and then re-sold 15-30 Xanax pills, 30-40 Ambien pills, and 30-60 Soma pills, getting cash in return.

“This type of criminal activity is illegal for citizens, and is especially unbecoming for a person seeking public office in the City of New York,” said the FBI in a news release. “The FBI and our partners in law enforcement remain committed to investigate and bring to justice those individuals who illegally distribute prescription medicines for their own financial gain.”

Davis claims in her bio that she is “the woman behind the most successful prostitution ring in the history of the sex industry,” during which time she accumulated a “little black book” with over 30,000 names. She was convicted in 2008 of one count of promoting prostitution in the third degree and served four months in jail, along with forfeiting all her assets.

She says she once supplied ex-New York Governor Eliot Spitzer, who is also running for comptroller, with prostitutes.

“This is going to be the funnest campaign ever,” she told the New York Daily News last month. “I’ve been waiting for my day to face [Spitzer] for five years,” Davis added. “I sat … in Rikers Island, I came out penniless and nothing happened to him. The hypocrisy there is huge.”

Spitzer, after being linked to the prostitution ring, was given two days to resign or face impeachment. He resigned in March 2008.

Davis also ran for New York Governor in 2010, and was considering a run this year for New York City mayor before switching to comptroller.

One of her biggest issues was advocating the legalization and taxation of marijuana.

“New York would take in $1.8 B in new revenue and save $390 Million a year spent on arresting, prosecuting and incarcerating people for this non-violent ‘crime,'” she says on her campaign website. “We sell regulate and tax tobacco and alcohol, both more damaging to public health that pot.” She has also called for legalizing prostitution.