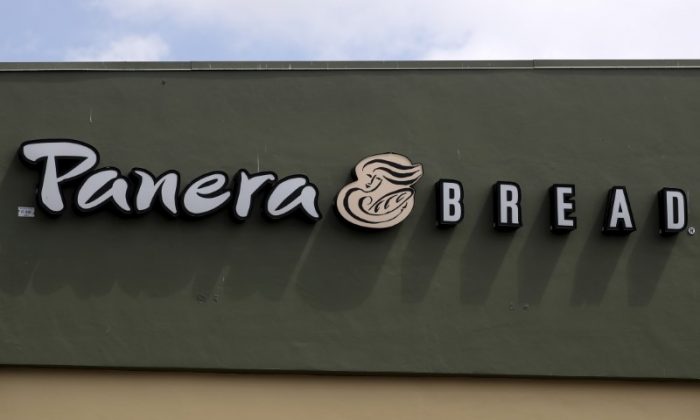 JAB Holdings, the owner of Caribou Coffee and Krispy Kreme Doughnuts, said on Wednesday it would buy bakery chain Panera Bread Co for $7.2 billion, as it expands its coffee and breakfast empire through the biggest-ever U.S. restaurant deal.

JAB, the investment vehicle of Germany’s billionaire Reimann family, has built up an empire of coffee and food chains through a series of acquisitions in recent years, including that of K-cup coffee pod-maker Keurig Green Mountain Inc.

Panera has about 2,000 bakery cafes in the United States and its fresh offerings appeal to health-conscious consumers. It has been ramping up its loyalty program, rolling out kiosks to cut customers’ waiting times and has expanding its delivery service.

Shares of St. Louis-based Panera jumped 14.2 percent to a record high of $312.98. JAB offered $315 per share in cash, a 20.3 percent premium to the stock’s closing price on March 31, the last trading day before media reports of a potential deal.

Setyan said JAB’s offer was largely in-line with multiples it has paid for its acquisitions, including Peet’s Coffee & Tea and Caribou Coffee.

The acquisition of Panera will be the second-biggest restaurant deal in North America after Burger King’s $11.53 billion purchase of Canadian coffee chain Tim Hortons, according to S&P Global Market Intelligence.

BTIG analyst Peter Saleh told Reuters the deal would give Panera the flexibility to “invest more in technology, maybe to invest faster behind delivery, to make more investments in their food offering.”

JAB became the world’s largest pure-play coffee maker by volume in 2015, when it created the Jacobs Douwe Egberts joint venture by combining its D.E. Master Blenders 1753 business with the coffee business of Mondelez International Inc.

JAB will also assume about $340 million of Panera’s net debt, valuing the deal at $7.5 billion, the companies said in a joint statement. They expect the deal to close in the third quarter.

Panera founder and Chief Executive Ron Shaich and entities affiliated to him have agreed to vote shares representing about 15.5 percent of the company’s voting power in favor of the deal.