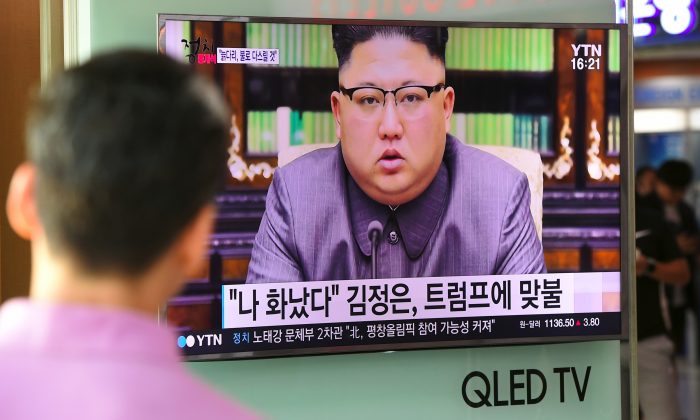 MOSCOW—The latest test of a new North Korean intercontinental ballistic missile (ICBM) is a provocative act, Russia said on Wednesday, calling on all sides involved to stay calm to avoid a clash.

North Korea said it successfully tested a powerful new ICBM on Wednesday that put the entire U.S. mainland within range of its nuclear weapons. The latest test was the highest and longest any North Korean missile had flown, landing in the sea near Japan.

“Certainly, this new missile launch is a provocative act, which provokes further growth in tension and which moves us further away from the point where a settlement of the crisis can begin,” Kremlin spokesman Dmitry Peskov said on a conference call with reporters.

Washington has said repeatedly that all options, including military ones, are on the table in dealing with North Korea while stressing its desire for a peaceful solution.

While condemning the latest test, the Kremlin’s Peskov said: “We hope that all the sides involved are able to preserve calm, which is so necessary to avoid the situation on the Korean peninsula sliding towards a worst-case scenario.”

Russia and China have proposed a roadmap for defusing the crisis in the region.

On Wednesday, Russia’s foreign ministry repeated its offer to use the plan, calling on North Korea to stop its missile and nuclear tests, while urging the United States and South Korea to abstain from their “unprecedentedly large-scale, unscheduled military air exercises announced to be held in early December”.

Asked if the Kremlin believed that the proposed roadmap was being considered by the North Korean leadership, Peskov said: “Let’s put it this way: there are no grounds for substantial optimism.”