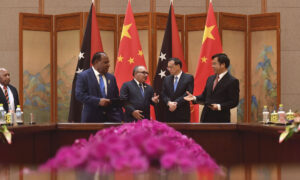 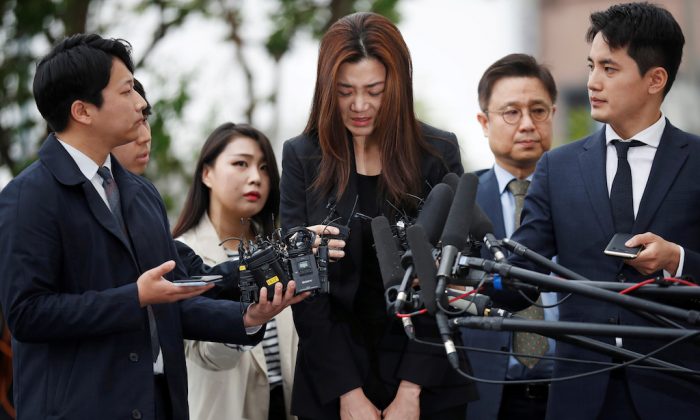 SEOUL—Hundreds of Korean Air Lines workers protested in the centre of Seoul on late Friday calling for the airline’s chairman Cho Yang-ho to resign because of the bad behaviour of his daughters.

Wearing Guy Fawkes masks to hide their faces, the protesters carried placards saying “Cho Yang-ho, OUT” and “No mercy”.

The South Korean airline conglomerate has faced mounting public outrage after the chairman’s youngest daughter Cho Hyun-min was accused of throwing a drink at people at a business meeting last month.

The tantrum by the heiress reignited public impatience with family-run conglomerates known as chaebol that dominate South Korea’s economy, over what some people see as unchecked bad behaviour by the rich and powerful.

Cho Hyun-min is the younger sister of Heather Cho who made headlines around the world in 2014 when she lost her temper over the way she was served nuts in first class on a Korean Air plane and demanded that it return to its gate at a New York airport. She was jailed and returned to work as an executive of Korean Air’s hotel affiliate in March.

In response to the public backlash, chairman Cho Yang-ho has made his daughters step down from their positions at the airline and made a public apology for their behaviour.

But airline pilots, flight attendants and staff said they would continue to protest on the streets until the chairman also steps down. They are also demanding greater transparency over the management of the company.

“We can’t put up with Cho family’s abuses anymore. Cho family, leave the company!” Park Chang-jin, a flight attendant, told his co-workers at the candlelit vigil in downtown Seoul.

He was involved in the “nut rage” incident as he was the chief steward on the plane at the time and Heather Cho had demanded he be removed from the aircraft.

South Korean police said earlier on Friday they were seeking an arrest warrant for the 34-year-old Cho, the youngest daughter of the chairman, on suspicion of assault during her recent angry outburst. Cho has denied any wrongdoing.

She made her first appearance for police questioning over the incident on May 1.

Prosecutors have rejected a police’s request to arrest her, a prosecution official said.

“It’s a shame that a private issue grew bigger into a public issue, which led to the head of the company having to apologise for a family issue,” a Korean Air employee in her 40s told Reuters at the rally.