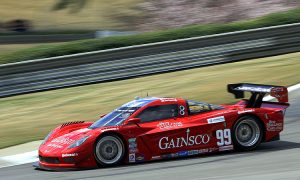 Haisah, 83, was making a broom from coconut tree material outside her home on Rinca Island, Indonesia, when a komodo dragon about 6 feet long sprang at her, reported AFP.

“All of a sudden, a Komodo bit my right hand,” Haisah, who only has one name as is common in the region, told AFP. She hit the lizard with her broom until it let go. Neighbors heard her scream and came to help.

“It’s a seriously threatening animal,” said Steve Backshall, a wildlife commentator for the BBC’s program Deadly 60 in a broadcast last year. He and his camera crew had about 15 Komodo dragons turn on them unexpectedly, and Backshall said he felt hunted.

“The last thing you do is try and make out that animals are dangerous to people, because for the most part around the world, they’re just not,” he said.

He had filmed the dragons on previous occasions, and said: “It’s always been about how they catch other animals—but this time, the change in their behavior was extraordinary. It was genuinely frightening.”

Haisah needed 35 stitches, reported AFP, but told the news agency: “I’m doing fine now. I hope my hand will return to normal so that I can make brooms again.”

A dragon’s bite is venomous and can paralyze prey. Backshall pointed out that the lizard can take down a water buffalo.

Komodo dragons only exist naturally on the volcanic islands of Indonesia. The United Nations Educational, Scientific and Cultural Organization (UNESCO) reports the species’ dwindling population at about 5,700. The lizard’s “appearance and aggressive behavior have led to them being called ‘Komodo dragons,’” explains UNESCO.

An attraction for tourists, especially at the Komodo National Park, which is a UNESCO World Heritage Site, the lizards must still be approached with caution.