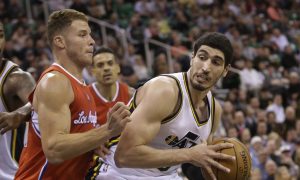 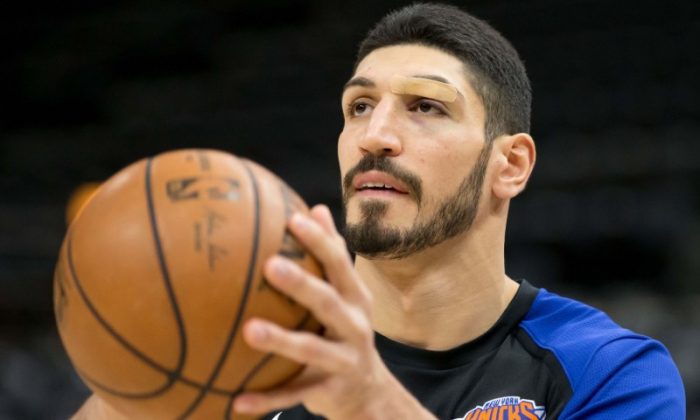 Knicks’ Kanter to Miss London Game, Says He Fears for His Life

New York Knicks center Enes Kanter said he will not go to London for a game with his NBA team because he fears he could be assassinated for criticizing Turkish President Tayyip Erdogan.

Kanter, who is Turkish, expressed his fear after the Knicks victory over the Los Angeles Lakers on Friday night, Jan. 4. A video of his remarks was posted on Twitter.

The Knicks are scheduled to play the Washington Wizards in London on Jan. 17.

“There is a chance I could get killed out there,” Kanter, a longtime critic of Erdogan, told reporters.

“It’s pretty sad that all the stuff affects my career and basketball because I want to be out there and help my team win,” he said.

A Knicks official later said that Kanter was not traveling to London because of a visa issue, the New York Times reported.

Turkey has revoked Kanter’s passport, and a Turkish court has declared him a fugitive for his support of U.S-based Islamic preacher Fethullah Gulen, whom Ankara accuses of orchestrating an attempted coup in July 2016—an accusation Gulen denies.

Since the putsch attempt, more than 50,000 people have been jailed in Turkey pending trial and 150,000 state workers including teachers, judges, and soldiers have been suspended or dismissed in a crackdown on alleged supporters of Gulen.

The Turkish state-run Anadolu news agency reported in December 2017 that a Turkish prosecutor had asked for Kanter to be jailed for up to four years for insulting Erdogan.

Kanter holds a U.S. green card that allows him to live and work in the country on a permanent basis.