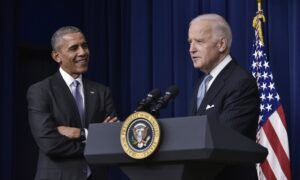 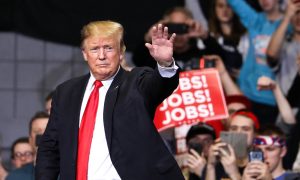 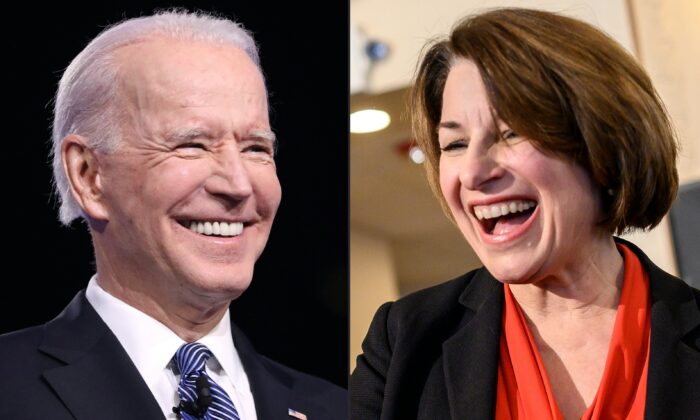 Klobuchar Pulls Back From Consideration as Biden’s Running Mate

Sen. Amy Klobuchar (D-Minn.) effectively pulled herself out of contention to be Democratic presidential candidate Joe Biden’s running mate on June 18, saying she felt that the historic moment required picking a woman of color.

“This is a moment to put a woman of color on that ticket, and there are so many incredible qualified women,” she said in an interview on MSNBC. “If you want to heal this nation right now—my party, yes, but our nation—this is sure a hell of a way to do it.”

Biden, who will take on Republican President Donald Trump in the Nov. 3 election, is under pressure to pick a black woman as his understudy as racial tensions flare over instances of police brutality, including the videotaped death last month of George Floyd, an unarmed black man after a white Minneapolis police officer knelt on his neck for several minutes.

Klobuchar’s record as the top prosecutor for the Minnesota county that includes Minneapolis, where Floyd died, came under scrutiny. Some Democrats took issue with her record on police misconduct and other prosecutions.

Klobuchar, who competed against Biden for the party’s presidential nomination before endorsing him, said she spoke with Biden on Wednesday night.

Biden late on Thursday praised Klobuchar’s “grit and determination” on Twitter and said that “with your help, we’re going to beat Donald Trump.”

Biden has already promised to pick a woman as his running mate, and several black candidates are on his shortlist, including Sen. Kamala Harris (D-Calif.) and Rep. Val Demings (D-Fla.). He has also considered candidates of other backgrounds, including Sen. Elizabeth Warren (D-Mass.), who is white.

Some African-American leaders and activists have said that a black woman on the ticket would help demonstrate to black voters, a crucial component of the Democratic base, that Biden is committed to addressing issues such as criminal justice reform and police misconduct.