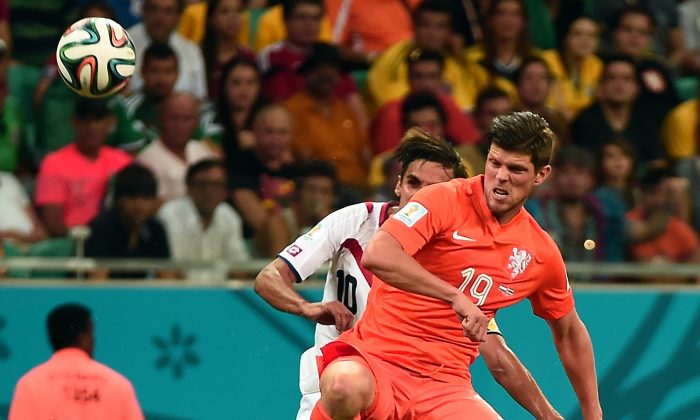 Klass Jan Huntelaar has been linked with a move to Liverpool recently, but Schalke claims that the Merseyside giants have not inquired about their player.

The 30-year-old Netherlands international has played well at World Cup 2014 so far, scoring a crucial goal and providing an assist against Mexico in the round of 16.

With Luis Suarez almost set to make a Barcelona move, reports from the Netherlands have started to link Huntelaar with a move to Liverpool, according to Sky Sports.

Huntelaar is in his final year of contract at German side Schalke.

However, Schalke general manager Horst Heldt recently said that Liverpool have not approached Schalke, nor is the club willing to sell their striker.

“Liverpool, Klaas-Jan and also his adviser have not contacted us.

“And we also have no interest in selling the player.”