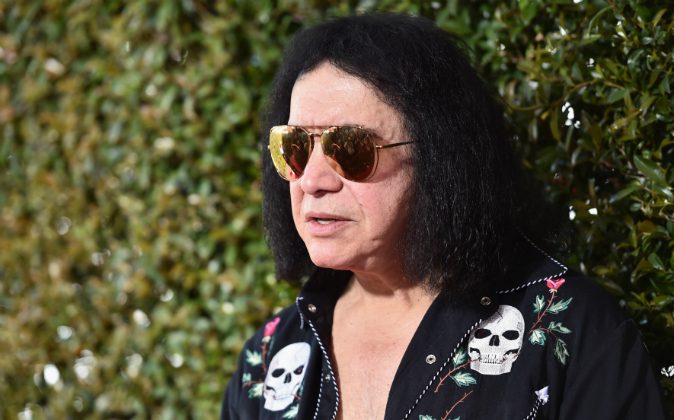 Looks like somebody wants to kiss and make up.

KISS frontman Gene Simmons has apologized for his controversial comments about the death of legendary musician Prince where he referred to Prince’s death as “pathetic” in an interview with Newsweek.

“I just got such [expletive] from my family for my big mouth again,” Simmons wrote on Twitter on May 10. “I apologize — I have a long history of getting very angry at what drugs do to the families/friends of the addicts. I get angry at drug users because of my experience being around them coming up in the rock scene.”

Simmons continued with, “Needless to say, I didn’t express myself properly here — I don’t shy away from controversy, and angry critics really don’t bother me at all. If I think I’m right, I’ll throw up a finger and dig my heels in and laugh. But this time, I was not. So, my apologies.”

In an interview with Newsweek published on Tuesday, May 10, the rock star praised the talents of the “Purple Rain” musician but also dismissed his alleged drug abuse.

“His drugs killed him. What do you think, he died from a cold?” said Simmons. “I think Prince was heads, hands and feet above all the rest of them. I thought he left [Michael] Jackson in the dust. Prince was way beyond that. But how pathetic that he killed himself. Don’t kid yourself, that’s what he did. Slowly, I’ll grant you… but that’s what drugs and alcohol is: a slow death.”

He also noted that Prince’s legacy is intact despite the circumstances surrounding his death.

“Your legacy becomes even bigger, you become more iconic, if you die before your time—Marilyn Monroe, Elvis and all that. They capture the youth,” he said.

Prince passed away on April 21 after he was found unresponsive in the elevator of his Paisley Park Estate in Minnesota.