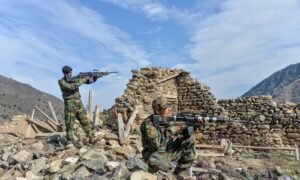 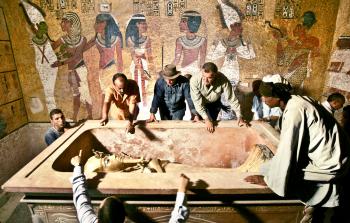 Egypt's antiquities chief Zahi Hawass (rear C) supervises the removal of King Tutankhamun from his stone sarcophagus in his underground tomb in the famed Valley of the Kings in Luxor, Nov. 4, 2007. (Ben Curtis/AFP/Getty Images)
Middle East

Egypt’s most famous mummified king, Tutankhamun, had malaria and bone abnormalities that likely contributed to his death, according to recent findings published in the Journal of the E

Although King Tut’s mummy has been examined before, the researchers took two years to conduct detailed anthropological, radiological, and genetic (DNA) analysis to examine the boy pharaoh and 10 other royal mummies.