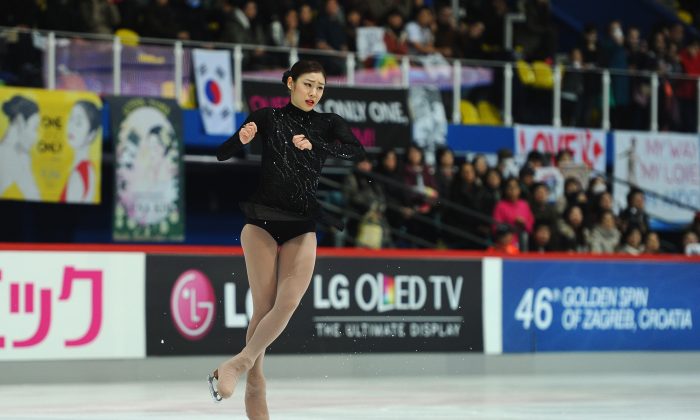 Yuna Kim of Republic of Korea in action in the Ladies Free Skating during Day Three of the ISU 46th Golden Spin of Zagreb at the Dom Sportova on December 7, 2013 in Zagreb, Croatia. (Mike Hewitt/Getty Images)
Sports

Kim Yuna Olympics: 2014 a Test to See if Korean Skater Can Defend Title

Kim Yuna, a figure skater headed to the Olympic Winter Games, is back on the ice after a break following a break-out performance in the 2010 Olympics.

Then 19 years old, Yuna earned the highest score ever awarded to a figure skater, and got the gold medal. She was also the first Korean to win the figure skating title, a feat that has made her a national idol.

But an intense workload–skating almost non-stop since 2006–prompted her to take a break in October 2011 for two years.

Now, she has returned.

“I love figure skating. It’s what I’m good at. That’s why I decided to come back,” she said in an interview posted on the official Olympic website. Her main goal is to defend her title at the Sochi Olympics, which begins in 24 days.

She won another title at the 2013 ISU Figure Skating World Championship in London, Ontario shortly after announcing her return.

No woman has gotten back-to-back Olympic titles since Katarina Witt in 1984 and 1988.