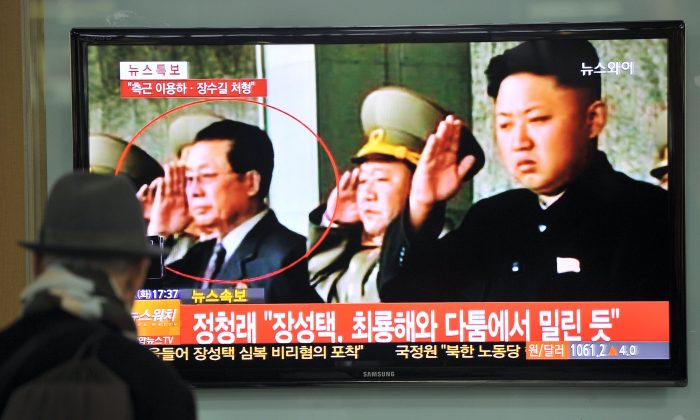 Several years before William Shakespeare wrote his first play, England was rocked by a bloody political scandal. Queen Elizabeth, the virgin monarch who had been on the throne for nearly three decades, was in a battle of wills with her cousin, Mary Queen of Scots. England’s religious future was at stake. Would it stay Protestant, as Elizabeth had decreed, or would it revert to Catholicism, as Mary preferred? Mary had fled Scotland for the presumed safety of England and her cousin’s protection. Instead, Elizabeth imprisoned her. Several plots to place Mary on the throne roiled the waters. Eventually, and somewhat reluctantly, Elizabeth ordered her cousin once removed to be more permanently removed—by way of beheading.

Shakespeare never wrote a drama about this epic conflict, which stretched across several decades. Nor did he write about any of the conspiracies of his own day, including the infamous Gunpowder Plot of 1605. Instead, he put on stage the blood-soaked deeds of the more distant past, such as Richard III’s fratricidal surge to power during the 15th century War of the Roses. By this trick, the playwright could allude to the politics of his day without running afoul of the authorities. Politics, after all, is a bloody business.

We might pretend, as Shakespeare did on the page, that such intrigues belong to history. But they are very much with us still.

Consider the very Shakespearean epic unraveling today in Pyongyang. This particular tragedy involves a son and his uncle by marriage. There are plots and counterplots. There are tragic reversals of fortune, dramatic denunciations, and a rising tide of blood. And North Korea’s official pronouncements on the case sound very Bard-like in their ornate archaisms. No one performs Shakespeare in the theaters of Pyongyang. Instead, he is enacted in the corridors of power.

Let’s start at the end and move backward. The current leader of North Korea, Kim Jong Un—the third Kim in the dynastic succession stretching back to his grandfather Kim Il Sung—recently executed his uncle Jang Sung Taek, along with several of his uncle’s coterie. Some of the crimes listed in the official condemnation seem rather trivial. Jang didn’t clap hard enough during the elevation of his nephew. He ordered the placement of an inscription from Kim Jong Un in a less prominent, shaded location. For this he was considered “worse than a dog” who “perpetrated thrice-cursed acts of treachery” and sentenced to death by overkill before a machine-gun firing squad?

No, the treachery runs much deeper, and thus the story becomes more suitably Shakespearean. It turns out that Jang Sung Taek had likely been plotting a coup since the 1990s. When top North Korean ideologist Hwang Jeong Yop defected in 1997, he didn’t provide a full explanation for why he left his high position and exposed his family back home to certain risk of punishment. Now it has come out that Hwang told the South Korean authorities confidentially that he’d been working with Jang Sung Taek to eliminate the North Korean leader at the time, Kim Jong Il (son of the country’s founder and father of the current power holder). The plot had been sniffed out, and Hwang ran.

Co-conspirator Jang, however, remained behind. For the last 15 years, he has bided his time. There are now rumors that he was working with China, perhaps to bring one of Kim Jong Un’s brothers to the throne. He was accumulating power and money to mount his challenge. He’d clearly lost faith in the system, so no wonder it was difficult for him to clap with enthusiasm.

Plots and conspiracies are not alien to North Korea. Kim Il Sung, the founding father of the system, arrived in the divided country in 1945 alongside a contingent of Soviet troops. He brought with him few hundred guerrilla fighters that had joined him in Soviet exile during World War II. He was only 33 years old—not much older than his grandson would be on taking power. On returning to Pyongyang, the aspiring leader faced much larger communist factions led by more experienced partisans. But he was no hesitating Hamlet.

Over the years, Kim Il Sung managed to purge, execute, and otherwise sideline three rival groups: communists that had been fighting in the north, communists from the south that journeyed northward after partition, and communists aligned with the Chinese. What emerged from this bloodbath was a ruling corps of families connected to his original team of guerrilla fighters. They have been running North Korea ever since.

Jang Sung Taek did not come from such a distinguished lineage. He was a member of the elite, to be sure, and studied at Kim Il Sung University. But when he met his future wife Kim Kyong Hui at university, her father Kim Il Sung opposed the match because of Jang’s outsider status. Nevertheless, the two eventually married, and Jang went on to become a close confidante of the chosen successor, Kim Jong Il.

The picture of Jang in the West is bipolar. On the one hand, he was a henchman of the system: according to one account, he “regularly supervised routine audits of state-owned enterprises, presided over executions and incarcerations, and dismissed thousands of officials during his career.” On the other hand, he was considered a “reformer” who supported an economic shift toward the market and was reportedly behind the reduction of labor camps and the release of political prisoners. It’s possible that the great famine of the 1990s—and the deaths of so many Party faithful among the hundreds of thousands who perished—pushed Jang into covert disobedience. In any case, he was engaged in a dangerous game, attempting to soften the edges of the regime even as he plotted to overthrow it.

It’s never been safe in North Korea to be considered a “reformer,” no matter how high you’ve climbed in the system. But often those who have disappeared from the ranks of leadership for being on the wrong side of a policy shift have reappeared after a period of internal exile. Pak Pong Ju, rumored to be in favor of Chinese-style economic reforms, lost his premiership in 2007 and disappeared from view. But he reappeared in 2010 and regained the title of premier in 2013.

Despite his connections to Jang, Pak is still alive and appearing at state functions. So is Jang’s wife, who divorced him shortly before the execution. So, it would seem that the purge in Pyongyang is limited to those identified as coup plotters rather than those considered to be “reformers.” Indeed, on the day of Jang’s dismissal, North Korea went ahead with a deal with China to build a high-speed rail link that will pass through Pyongyang and has continued to back the expansion of export-processing zones. Pyongyang is still proposing negotiations with South Korea over their joint economic zone in Kaesong. And North Korean officials have maintained their openness to negotiations with the United States on security issues, without preconditions.

The United States should not use the execution of Jang Sung Taek, however brutal it was, to reinforce its isolationist policy toward North Korea. Our approach of “strategic patience” only encourages greater obduracy in Pyongyang and puts the reform-minded on potentially dangerous ground. The case against Jang reminds us that even those near the very top of the North Korean pyramid harbor hopes of change, if only circumstances were to become more propitious.

Like Richard III in Shakespeare’s retelling, Jang Sung Taek plotted, fought, and lost. The death of the “bloody dog” at the end of the 1593 play drew a curtain across the War of the Roses and ushered in the “smooth-faced peace” of the House of Tudor. Except that the reign of the Tudors was not a “smooth-faced peace” at all. It produced such monstrosities as Henry VIII and his succession of headless ex-wives, not to mention considerable religious strife. Even the Tudor queen to whom Shakespeare gave fulsome praise, Elizabeth I, had much blood on her hands, her cousin’s, among others.

Kim the Third might seem, with his Falstaffian girth, more a figure of humor than a figure to be feared. Appearances have proved deceiving. He has quickly demonstrated that, like his grandfather, he will act decisively and ruthlessly to maintain his perch. A future plot might one day dethrone him. But the odds have just gone up in his favor. Washington would do well to reconstruct its North Korea policy around the reality that Kim the Third will not depart the stage any time soon.

John Feffer is the co-director of Foreign Policy In Focus.