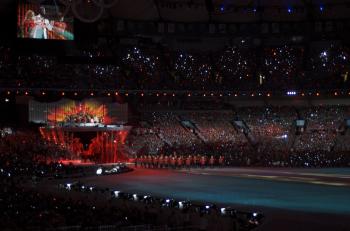 Matthew Little
Matthew Little is a multi-media reporter for The Epoch Times.
View profile
Follow
biggersmaller
Print
TORONTO—Kidney disease in Canada has tripled in 20 years, resulting in an alarming rise in the number of people like Fanny Goldman, who lies in her bed nine hours a night connected to a machine that does the work her kidneys no longer can.

“Nine hours every night till the day you die,” she explained from the bedroom of her Toronto townhouse.

A retired nurse, Mrs. Goldman is now visited by two nurses a day who prime the peritoneal dialysis machine that pumps two-and-a-half bags of liquid into a catheter in her stomach. And from that out will come the same amount, some 13 litres, enough to fill the 6.5 gallon red jerrycan beside her bed more than once a week.

Mrs. Goldman has lived with the machine for four months, but she doesn’t complain.
“Now that the kidneys are really gone, it’s the only thing that keeps you going,” she said.
Her twin sister is also about to begin the same treatment. Both have diabetes, and both are part of a disturbing trend.

Almost 38,000 Canadians were living with kidney failure in 2009, more than triple those living with the disease in 1990 when the number of cases was 11,000, according to a report from the Canadian Institution for Health Information (CIHI).

The largest increase occurred in older age groups, with prevalence rates rising over 500 percent for those 75 and older. This group accounts for 20 percent of all kidney failure cases, CIHI found.

Mrs. Goldman, 76, says her treatment is bearable. She’s grateful she gets to stay at home rather than go to the hospital for a five-hour treatment three times a week like she would if she was getting hemodialysis.

Her husband, Allan Goldman, a retired history teacher, said he thanks Tommy Douglas, the first leader of NDP and credited for creating Canada’s public health care system. Mr. Goldman said he returned to Canada from the United States 20 years ago in part because of public healthcare.

“If there are faults it has, at least we are not giving up our house,” he said.

He said he could not imagine the costs they would bear if they were in the U.S. The 17 boxes of supplies for his wife’s treatment, each weighing 35lbs, are covered by the government and delivered to their home each week.

CIHI’s report shows that the rate of people living with kidney failure appears to have levelled off since 2005. This may be due in part to patients seeing a nephrologist in earlier stages of the disease, possibly contributing to a delay in the onset of kidney failure.

Of those with the disease in 2009, 22,300 were on dialysis and about 3,000 were on donor wait lists to receive a transplant, compared with 5,900 on dialysis in 1990 and roughly 1,600 on the wait list.
The treatment is expensive, said Louise Moist, a nephrologist and associate professor at the University of Western Ontario.

“Dialysis treatments come at a great cost, not only to the health care system but also to the patient’s quality of life. On average, dialysis patients require treatment in a dialysis center three times per week, often for four hours per session.”

CIHI estimates that maintaining hemodialysis—the most common form of dialysis—costs approximately $60,000 per patient, per year of treatment, while a one-time kidney transplant costs about $23,000, plus $6,000 for necessary annual medication.

If the 3,000 people currently on the wait list for a kidney transplant were to receive one, CIHI estimates the savings would amount to $150 million annually.

In 2009, more than 15,000 patients living with kidney transplants saved the health care system an estimated $800 million.

But while the number of kidney failure patients has been increasing in Canada, the supply of kidneys for transplant has not kept up, said Ms. Moist.

One third of kidney failure cases, like Mrs. Goldman's, are linked to diabetes—a disease that is also rapidly rising in Canada.

“With rising obesity rates and an aging population, there needs to be a focus on educating Canadians on how to prevent the onset of these diseases that add a burden on the healthcare system.”