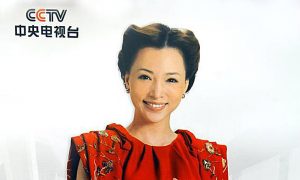 A mother hugs her child in a temporary shelter in Ya'an, southwest China's Sichuan province, after an earthquake on April 21, 2013. A mother and her 10 month-old boy were rescued by police after being illegally detained for five days in a hotel by local Family Planning Office in Tuanlin town in Linxi City of eastern China’s Shandong Province, on Nov. 25, 2014. (STR/AFP/Getty Images)
China

Since the late 1980s, China’s family planning authorities have collected hundreds of billions of dollars in fines from the public—but no one knows exactly where the money has gone.

In fact, there are concerns that vast sums have been embezzled, and the rest used simply to support the bloated bureaucracy that enforces the policy.

The problem was given vivid illustration recently when Zhang Yongling, a 39 year-old mother and her 10 month-old infant boy were rescued by police after being illegally detained for five days in a hotel by the local Family Planning Office—the agency that is supposed to enforce China’s strict population control policies. The incident took place in Tuanlin town, Linxi City of eastern China’s Shandong Province.

Zhang was detained because she couldn’t afford to pay the heavy penalty for giving birth to her third child, according to state news media. Population rules mostly limit couples to one baby.

A video of police rescuing four detained villagers, among them mother and baby, has been circulating on the Chinese internet in the past week. http://video.sina.com.cn/news/spj/topvideoes20141211/?opsubject_id=top1#136601552

The fine is a massive sum in rural China, where the annual income per capita was less than $1,500, according to the Chinese National Bureau of Statistics.

Such exorbitant fines—what many call extortion—is a common problem under the one child policy.

Researchers Stuart Basten and Quanbao Jiang write in a 2014 Population Council report that “the fines and fees can lead to a strong temptation for corruption and/or zealous enforcement” of the policies.

The cash generated from them is huge—some estimates say more than 2 trillion yuan, or $314 billion, according to He Yafu, a prominent domestic critic—and there is no public, transparent explanation for where the money has gone.

Basten and Jiang refer to the work of one researcher who “identified instances in some towns where more than half of the local administration is employed by the family planning program, and has noted a sharp upward trend in both the scale and size of the fees.” That is, local governments have in some cases funded their costs through imposing the fees, and then ramped them up to extract more cash from parents.

Some in China have recently called for an end to runaway fines for having children. Chinese demographers Huang Wenzheng and Liang Jianzhang published an article on Nov. 27, proposing an end to social maintenance fees and a freeze on those already charged.

The following day another six deputies of the National People’s Congress, the Party’s rubber-stamp legislature, jointly proposed that the government abolish the social maintenance fee.

Such concerns come at a time when a decrease in China’s population may make economic conditions particularly difficult over the next five and ten years, as the working age population is projected to plummet.

The matter has long been bogged down in bureaucratic inertia—it’s much easier to set up an apparatus like the family planning agency than it is to wind down.

For Zhang Yongling and her husband Liu Tao, the hopes are that the strict population control policies will end sooner rather than later.

The two were hounded by family planning officials since they had their third baby, eventually resulting in the abduction and rescue. They were interviewed widely in the Chinese press, and many readers were angry and outraged at their treatment.

Wang Xiufeng, a family planning official who participated in the detention, was reached by the Chinese media The Paper. He said he had nothing to do with ordering the detention—that was decided by “higher level leadership.” He was just the driver.

When a reporter attempted to reach that higher-level leadership of the family planning office, a staff member replied that “all the leaders are on business trips.”