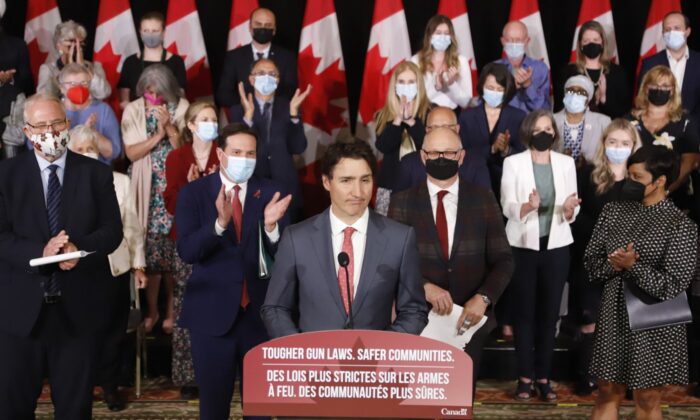 — Automatic removal of gun licences from people committing domestic violence or criminal harassment, such as stalking;

— Increase maximum penalties for gun smuggling and trafficking to 14 years from 10;

— Authorize disclosure of information about gun licence holders to police if reasonable grounds to believe licence is being used for straw purchasing and firearms trafficking;

— A new “red flag” law allowing courts to require that people considered a danger to themselves or others surrender their firearms to police, including measure to guard the safety of those applying through the process—often women in danger of domestic abuse—by protecting their identities;

— Require long-gun magazines to be permanently altered so they can never hold more than five rounds, as well as ban the sale and transfer of large-capacity magazines under the Criminal Code;

— Create an offence for a business that promotes or depicts violence against a person in firearms advertising.