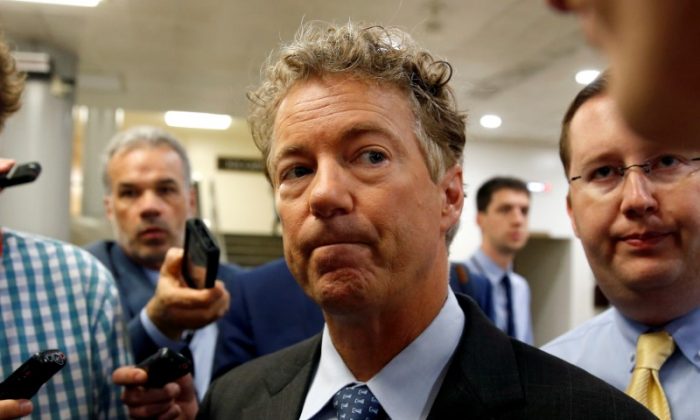 WASHINGTON (Reuters) – A man has been arrested for assaulting U.S. Senator Rand Paul at his Kentucky home on Friday and causing a “minor injury,” the state police said.

Rene Boucher, 59, of Bowling Green, Kentucky, was arrested and charged with one count of fourth-degree assault causing minor injury, police said in a statement on Saturday.

Paul’s office said in a statement the former Republican presidential candidate “was blindsided and the victim of an assault. The assailant was arrested, and it is now a matter for the police. Senator Paul is fine.”

Neither Paul’s office nor the Kentucky immediately responded to questions about the extent of any injuries Paul may have suffered or the circumstances of the incident.

The Warren County, Kentucky Jail said Boucher remained behind bars on Saturday after not immediately posting a $5,000 bond, according to online records.

Paul, an ophthalmologist, dropped out of the race for president in February 2016 and successfully ran for re-election as a senator. In September, Paul opposed a partial repeal of healthcare reforms adopted under former Democratic President Barack Obama, angering President Donald Trump, a Republican.

By Chris Kenning and David Shepardson