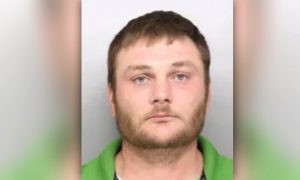 A Kentucky man pleaded guilty to the kidnap and murder of a 7-year-old girl who went missing during a football game.

The 38-year-old made a plea deal with the prosecutors in Allen County.

Although he pleaded guilty to kidnapping and murder, he entered an Alford plea and maintains his innocence to sexual assault, WNKY reported.

An Alford plea is a guilty plea in which the suspect maintains their innocence of the alleged crime but accepts the punishment of a guilty plea and admits there was enough evidence for a conviction.

The prosecutors reportedly had enough evidence to convict him.

“We were ready for a trial, and this happened out of the blue,” Doolin said. “We are thankful not to have to go through a long trial process.”

Gabbi was sexually assaulted and murdered while her older brother played a youth league football game in a nearby field in 2015.

Her body was found in a creek, The Herald Leader reported.

Officials said that the cause of death was strangulation and drowning.

Police found Madden’s DNA at the scene of the crime and he was arrested a week later, WHAS 11 reported.

In related news, a 3-year-old girl was found dead on Aug. 18 in a pond near her New Chapel Hill home in Texas, local police said.

Madison Williams, who had been reported missing on the morning of Aug. 18, was found dead in a pond near the 6400 block of County Road 210 in New Chapel Hill, according to the Tyler Morning Telegraph.

The outlet reported that the sheriff’s deputies and emergency personnel from other agencies had been searching the area since 10 a.m. Aug. 18 for the missing child.

They learned from Madison’s mother that the girl may have disappeared as early as 7 a.m., the Smith County Sheriff’s Office said.

The search parties spent most of their day searching the area for the girl, using drones, scent-finding police dogs, and ATVs. Investigators went door-to-door to check on residences in the area and questioned family and neighbors, according to KLTV.

After several hours of searching, Madison’s body was found in a pond behind her house just after 4 p.m. She was pronounced dead by Smith County Justice of the Peace Judge James Meredith.

The sheriff’s office took to Facebook later that day to pay their condolences to Madison’s loved ones.

“Our hearts and prayers go out to the family and friends of this little angel,” read the post. “Our prayers and many thanks also go out to the following emergency personnel who responded to lend a hand.”

“It is very refreshing in this terrible outcome to see the many agencies respond and pitch in wherever needed without hesitation or question,” said Sheriff Larry R. Smith. “I’m proud of everyone involved and once again the family remains in our prayers.”

There is an ongoing investigation into the child’s death, according to the sheriff’s office.