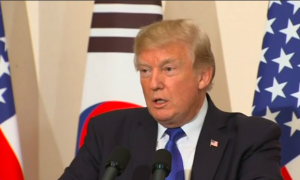 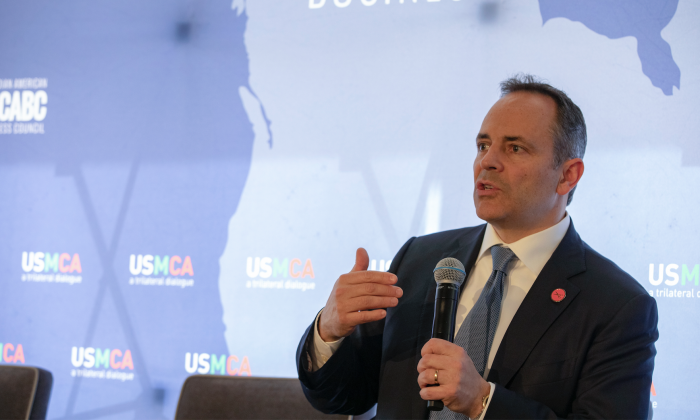 Kentucky Gov. Matt Bevin signed a new bill into law on March 11 that allows law-abiding citizens to exercise their constitutional right to bear arms in the name of self-defense through permitless concealed carry.

SB 150 allows anyone age 21 and over in the state to carry a concealed firearm without a permit. The law goes into effect on July 1. Citizens can still apply for a concealed carry permit. Kentucky residents need the permit if they plan to conceal carry in other states.

Over the past few weeks, the measure (pdf) successfully passed the Kentucky Senate and the House where it went through a two-hour debate. It passed the Senate in a 29–8 vote on Feb. 14 and passed the House on March 1 by a 60–37 vote.

The new measure—backed by the National Rifle Association (NRA)—drew applause from the associations’ legislative action department.

“This law is a common-sense measure that allows law-abiding citizens to exercise their fundamental right of self-protection in the manner that best suits their needs,” said Chris W. Cox, executive director of the NRA’s Institute for Legislative Action in a statement.

Current Kentucky law already recognizes the right to carry a firearm openly without a permit; however, the law requires a state-issued permit to carry that same firearm under a coat or in a bag. The new law signed by Bevin extends the current open carry rule to concealed carry.

“Those who obtain permits will still be able to take advantage of the reciprocity agreements that Kentucky has with other states,” the NRA noted.

Supporters of the bill say it fortifies the state’s constitutional right to bear arms. Some critics of the legislation have voiced concerns about the possible lack of safety and training.

Speaking to the NRA’s annual convention in Dallas in 2018, President Donald Trump vowed not to tighten U.S. firearms laws and warned that Democrats are determined to take away Americans’ guns.

“Your Second Amendment rights are under siege. But they will never, ever be under siege as long as I’m your president,” Trump told the crowd. “We’ve got to get Republicans elected.”

“The one thing that stands between Americans and the elimination of our Second Amendment rights has been conservatives in Congress,” he said.

Trump also called for the arming of teachers and increasing school security to head off future mass shootings like the one in Parkland, Florida, in February 2018.