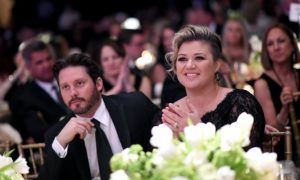 Kelly Clarkson Says She Spanks Her Kids, Then Gets Backlash
0 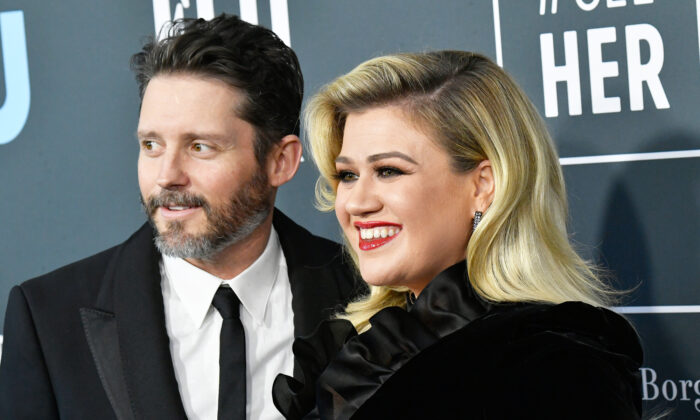 Kelly Clarkson, the winner of the very first season of “American Idol” in 2002, came back to the show for its final season on Fox to sing her hit song “Piece by Piece.” The emotional performance had judge Keith Urban, many members of the audience, and the singer herself shedding tears.

Clarkson, in addition to being overwhelmed on returning to the stage that had propelled her to fame, was pregnant with her son Remington. The song’s lyrics about the faithfulness of her husband, in comparison to her father, who abandoned her family when was just 6 years old, stirred emotions for everyone present.

Everyone is crying after that emotional performance from Kelly Clarkson. ❤️

The highly anticipated “American Idol” performance had Urban tearing up by the end of the first verse and chorus, and by the end of the song, Clarkson had to step away from the microphone to collect herself as she started crying.

The crowd erupted in applause and chanted her name as she told Ryan Seacrest, “I’m actually proud I made it that far.” She added that “it’s just a touching song for me because I wrote it for my little girl [Rosie] when I was pregnant and now I’m pregnant with my little boy.”

Clarkson’s inspiration for the song came from her own difficult childhood, in which her father left the family when she and her siblings were very young. The lyrics contrast these “daddy issues,” as she described them, per Glamour, with the faithfulness shown by her husband Brandon Blackstock.

Piece by piece, he restores my faith
That a man can be kind and the father could stay

Judge Keith Urban, a father to two daughters with his wife Nicole Kidman, said that any person or any parent would have felt the emotion radiating from Clarkson. “I figure you’re either crying at this performance or you need to check your pulse,” he told Entertainment Tonight. “Separate to her incredible gift as a singer, and the song, and the performance, the humanity of that moment … you never see that.”

Urban wasn’t the only judge overtaken by the performance, which details the loss of part of her birth family and the creation of a new one with her husband. “We were a mess,” fellow judge Jennifer Lopez said on Late Night with Seth Myers. “I was so into her performance, and watching her, and feeling so much for her, I didn’t even realize Keith Urban was falling apart.”

Clarkson knew the song was going to be emotional during rehearsals, when she repeatedly failed to get through it without breaking down. She says her tears are not only sadness but also filled with hope for the present and future.

Meanwhile, she is sympathetic to her father’s situation. “I don’t know what my father went through as a child, and I don’t know why he left and made the decisions he made, but everyone’s human,” she explained to Glamour.

Ultimately, she sees the song as proof that even those people who have had difficult childhoods can find love and given their own children something better. “So my sister and I had this conversation and I afterwards I ended up writing this song about how lucky we are,” Clarkson said to Ellen. “Because we both found incredible fathers, and lovers, and men, and just partners.”

In addition to Clarkson’s two children with Blackstock, she has also become a mother to Blackstock’s children, Savannah and Seth, from a previous marriage. At the center of this big, happy blended family has been Blackstock’s support for his world-famous wife.

Clarkson described him as “such a great father. He’s not an audience guy—he is onstage doing the work with me. He changes diapers, he stays up, and if I’ve had a late night, he’ll wake up with [Rosie] in the morning.” Their relationship, which Clarkson sings about in “Piece by Piece,” continues to move her and audiences.