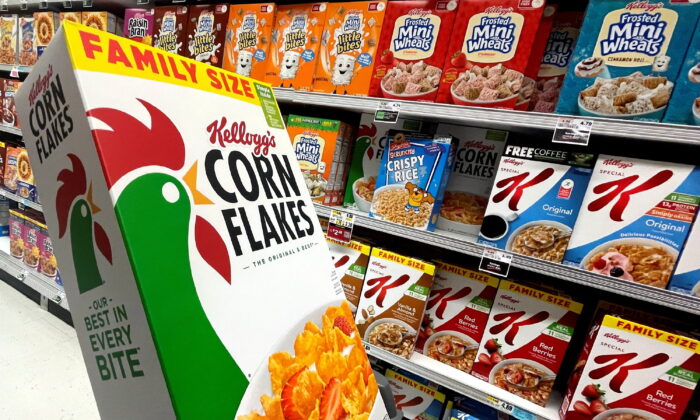 Kellogg Co. raised its forecast for full-year earnings on Thursday after topping estimates for quarterly sales, as higher prices for its breakfast cereals and snacks helped it overcome cost-related challenges.

Kellogg, like other global packaged food makers, has been largely successful in raising product prices to counter spiraling costs of freight, labor, and ingredients without drawing the ire of consumers.

However, analysts are warning that the company could hit a ceiling on price hikes as households tighten their bets amid raging inflation that shows no sign of cooling.

Kellogg, known for its Corn Flakes and Honey Loops cereals, said average selling prices were up 13.7 percent in the second quarter, while sales volumes dropped by a marginal 1.5 percent. The company said it was expecting annual core net sales to increase in the range of 7–8 percent, compared with its prior forecast of about 4 percent growth.

It also expects adjusted full-year operating profit to rise 4–5 percent on a currency-neutral basis, above its previous expectation of 1–2 percent growth.

Net sales rose to $3.86 billion in the quarter ended July 2 from $3.56 billion a year earlier. Analysts on average were expecting sales of $3.64 billion, according to Refinitiv IBES.