Microscopic Sculptures Are Hidden in These Luxury Watches
0 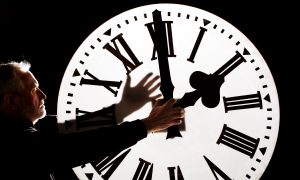 How We Went From Sundials to Smartwatches
0 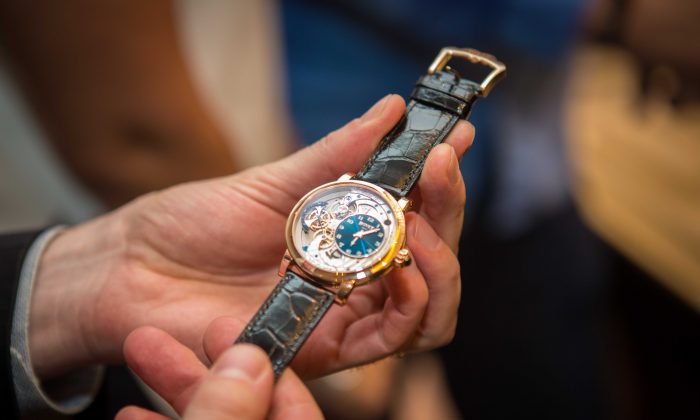 Time is fleeting; seemingly something there is never enough of. But the two distinguished luxury watch companies Bovet and Lanf & Heyne seem to have captured the essence of time in their intricate and pristine timepieces.

The Swiss Manufacturer Bovet celebrated the the unveiling of its newest location at the prestigious Asprey of London on Madison Avenue in New York City while showcasing its 19Thirty watch for the first time in the U.S. on Nov. 17.

Guests swooned over the elegance and the intricate designs as they took photos of themselves with the watches on.

Early in the 19th century, Edouard Bovet traveled to China with the sole purpose of manufacturing watches to sell to the Chinese market. Soon after, Bovet became a pocket watch supplier to the Chinese Emperor and his court. Then, in 1822 the Swiss manufacturer of luxury timepieces officially founded their workshop in Val-de-Travers, Switzerland. Today, many Bovet pocket watches are still present in the rooms of the Forbidden City.

Current Bovet owner Pascal Raffy, who discovered the world of Haute Horlogerie during his childhood,  has raised the brand of Bovet to the pinnacle of the watchmaking arts. By choosing to limit their annual production, this allows Bovet to preserve and cultivate their traditional craft of watchmaking.

Owner Marco Lang, who has been mastering the craft of watchmaking since he was young, manages every process along the way– from the vision of the design all the way to the finished product.

Lang & Heyne is an independent watch company founded in 2001 in Dresden, Germany, where a small team produces only 50 extremely high quality timepieces each year. Lang & Heyne watches are designed in a classically elegant, high-class German style. Maro and his team don’t follow what other big watch brands are doing, they are looking for new and interesting things. “Many technologies from the past are forgotten today; we must re-activate it,” he said.

There are nine different models in the Lang & Heyne family and each watch bears the name of a noble King of Saxony. Marco explained how after each new watch is finished, he pays a visit to The Fürstenzug, a large mural wall painting depicting a procession of noble men who once ruled Saxony. It’s there that Marco looks for the noble with similar characteristics to the new watch, and bestows his name to it. Friedrich August I, Albert von Sachsen, König Johann, and Moritz von Sachsen are a few examples of the models that sound as prestigious as they appear.

Marco gets his inspiration from the early 1900’s pocket watch design but also very often from his customers who request some extremely unique features to be included in a custom timepiece. Marco will then spend up to four years thinking and planning how to make it a reality.

His most complicated masterpiece is the Lang & Heyne’s Augustus model, a completely one-of-a-kind timepiece which has a calendar indication that is programmed to show you the birthday or anniversary and age of your twelve most beloved ones. “It’s like the iCalendar on the iPhone,” Marco said as he proceeded to explain how complicated it is to make it in mechanics. “It’s not only a watch, it’s a calculation machine.”