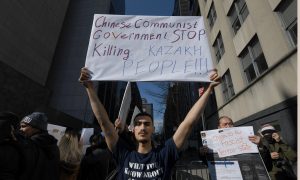 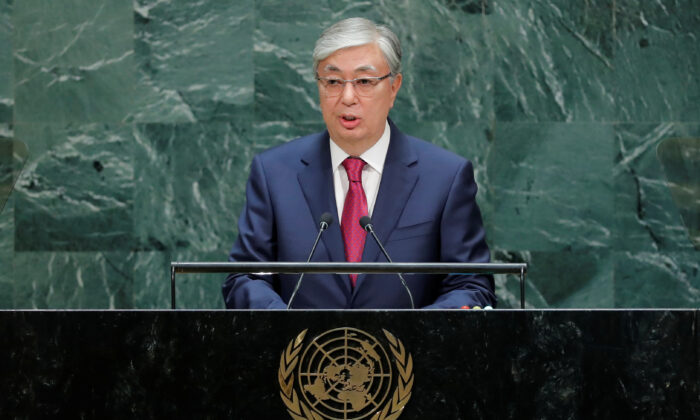 NUR-SULTAN, Kazakhstan–Kazakh President Kassym-Jomart Tokayev ordered an investigation on Oct. 8 into former senior officials who initiated a struggling $1.5 billion Chinese-led project to build a light rail network in the capital.

While Tokayev mentioned no names, his order could mean that he’s targeting former and current members of his patron and predecessor Nursultan Nazarbayev’s inner circle—challenging the widespread notion that the president is only No. 2 in the Kazakh political hierarchy.

Tokayev’s criticism could also hurt the image of Beijing’s One Belt, One Road initiative, of which the troubled project was part.

Kazakhstan signed deals with several Chinese companies and the state-owned China Development Bank in 2015 to finance and carry out a light rail transit (LRT) project in Astana, which has since been renamed Nur-Sultan.

The 22-km (14 miles) network was originally due to be built in time to serve visitors to the 2017 Expo exhibition, for which Kazakhstan built a whole new area in the capital.

But the project lagged behind schedule and was plagued with financial difficulties such as having a large part of its cash—more than $200 million—frozen in a local bank that went bust.

Last spring, construction was put on hold altogether as the city government and the Chinese bank could not agree on the terms of the next loan tranche.

At a meeting with city government officials on Oct. 8, Tokayev said the project should have never been given a green light in the first place.

“This is a very questionable project … economically incomprehensible,” he said. “I do not understand how it could have been launched.”

Because of large costs and heavy penalties for pulling out of the deal, Kazakhstan will have to complete the project, Tokayev said, but those behind it must be held accountable.

“I would also like to ask the anti-corruption agency to step up the investigation; it should not be superficial, simply noting that certain people have fled abroad … and overlooking (the roles) of others,” he said.

Tokayev’s comments appeared to refer to Talgat Ardan, a former Astana LRT chief executive who was put on the wanted list in July on embezzlement charges, and some of the former mayors of the capital.

The LRT project was launched in 2011 under Mayor Imangali Tasmagambetov but was subsequently shelved due to high costs. The next mayor, Adilbek Zhaksybekov, revived the idea and oversaw the signing of the deals with Chinese companies.

His successor Aset Isekeshev, in turn, oversaw the revision of some of the deal terms. All three men are political heavyweights who had for years—alongside Tokayev himself—been promoted by and became close to Nazarbayev, Kazakhstan’s sole leader for nearly 30 years.

The offices of Isekeshev, who now manages Nazarbayev’s nonprofit foundation, and Tasmagambetov, who is Kazakhstan’s ambassador to Russia, declined to comment on Tokayev’s speech. Zhaksybekov’s office couldn’t be reached for comment.

Nazarbayev resigned last March, handing over the presidency to Tokayev in line with the constitution and backing him in the subsequent election.

But the 78-year-old former communist apparatchik retains the title of Yelbasy, the national leader, and enjoys sweeping powers as the chair of the security council and head of the ruling Nur Otan party.