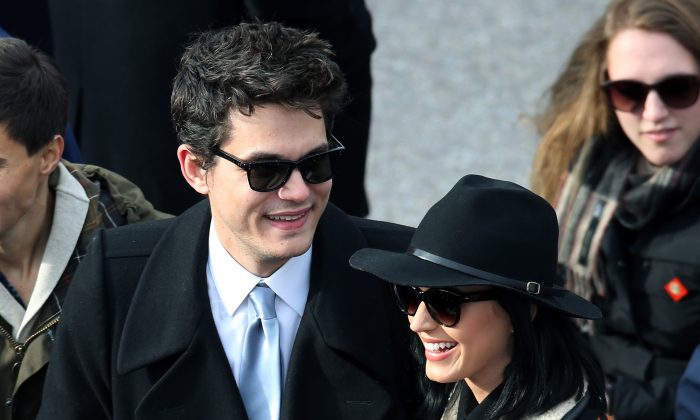 Katy Perry, John Mayer’s ‘Who Do You Love’ and Other Couple Duets (+Listen Here)

Katy Perry and John Mayer shared a glimpse into their relationship with their fans in the newly released song, “Who You Love.” It expresses a more certain emotion that the tentative and questioning lyrics of Mayer’s duet with ex-girlfriend Taylor Swift.

Perry sings: “My boy, he ain’t the one that I saw coming / And some have said his heart’s too hard to hold / And he takes a little time but you should see him when he shines / ‘Cause you never want to let the feeling go.”

He sings: “Your faith is strong / But I can only fall short for so long / Down the road, later on / You will hate that I never gave more to you than half of my heart.”

Sonny and Cher’s 1965 hit “I Got You Babe” is the obvious choice to start with in a discussion of famous couple duets.

Faith Hill and Tim McGraw expressed the love that’s strengthened their marriage in “It’s Your Love,” singing the chorus in unison: “It’s your love / It just does somethin’ to me / It sends a shock right through me / I can’t get enough / And if you wonder / About the spell I’m under / It’s your love.”

Billboard lists its top 40 duets; though many of the duets are not sung by couples, No. 21, “You Don’t Have to Be a Star (to Be in My Show),” was. Marilyn McCoo and Billy Davis Jr. released the R&B duet in 1976 with seven years of marriage behind them. The track won a Grammy and went No.1 on the Billboard Hot 100.

More recently, in 2012, Ciara and Future, collaborated on “Turn On the Lights” and “Where You Go,” expressing their budding love.

In “Where You Go,” they sing: “There’s a light in the sky, it was brightened by your face” and “Don’t have no fear, I got that cure, baby my love is pure.”