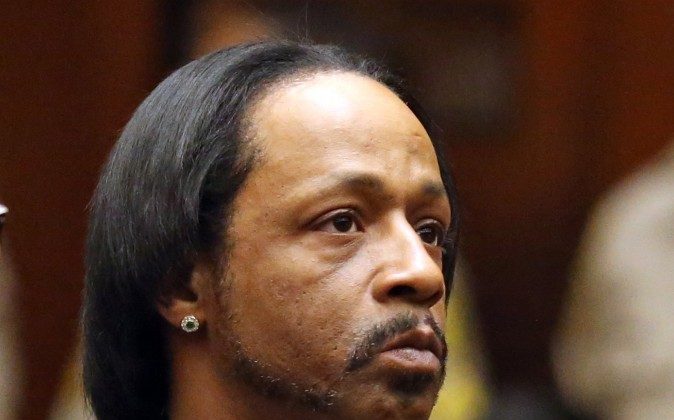 Comedian Katt Williams appears in court for his arraignment on robbery charges, Tuesday, Oct. 27, 2015 in Los Angeles. (Frederick M. Brown/Pool via AP)
US

GAINESVILLE, Ga.—Katt Williams faces an initial court appearance in Georgia, one day before the comedian was to have performed in New Orleans.

The hearing is set for 2 p.m. March 31 in Gainesville.

Authorities say Williams is currently jailed without bond following his arrest on March 30. Police say the 44-year-old Williams and 17-year-old Luke Wash are charged with disorderly conduct after fighting at a Gainesville apartment complex. Wash is charged as an adult.

Katt Williams is in the courtroom on his first appearance on a disorderly conduct charge. pic.twitter.com/SgWFHaXfiV

Yvette Shearer, who is handling publicity for Williams’ “Conspiracy Theory 2016” tour, said his Friday show in New Orleans is being rescheduled to May 6. His Saturday show in Bossier City, Louisiana, is being moved to April 30. She said all tickets will be honored on the new dates.

The arrest is the latest for Williams, who was also accused of threatening a bodyguard and punching an employee at a pool supply store.