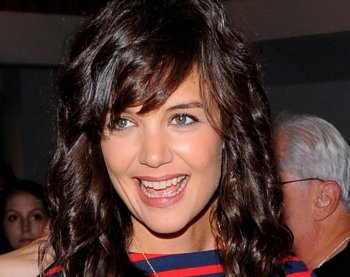 Actress Katie Holmes at the premiere of 'The Extra Man' in New York City on July 19. (Jemal Countess/Getty Images)
Entertainment

Katie Holmes To Star in ‘Jack And Jill’?

Madeline Liu
View profile
Follow
biggersmaller
Print
Katie Holmes, wife of Tom Cruise, is in talks about starring as Jack’s wife in the new film Jack And Jill, according to reports.

The movie is about a family man who has to deal with his twin sister when she visits for Thanksgiving but refuses to leave. Comically both twins are to be played by Adam Sandler.

According to the Hollywood Reporter, Al Pacino will also be in the movie, playing himself.

Dennis Dugan is directing the comedy. Dugan worked with Sandler in the movie Grown Ups, released in June, and also You Don’t Mess with the Zohan in 2008.

This will be Holmes’ first studio picture since Batman Begins in 2005. She is also shooting the 2011 History Channel's miniseries The Kennedys, playing Jacqueline Kennedy Onassis, according to The Press Association.