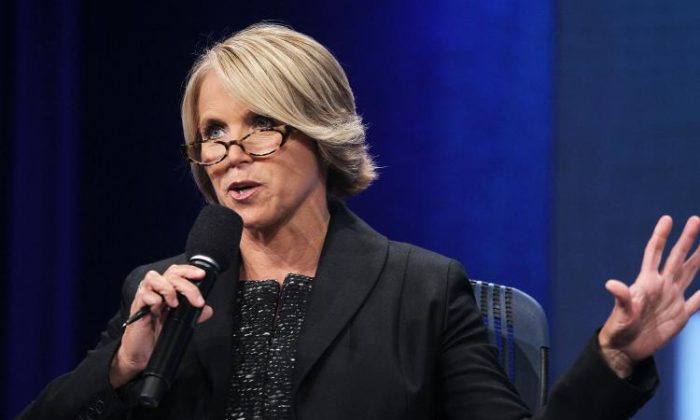 Former “Today” host Katie Couric hasn’t said anything about the allegations against former host Matt Lauer, but according to a recent statement, she might speak out.

Couric worked with Lauer for years on “Today.” Lauer, 59, was fired last week from his job of 20 years for alleged sexual harassment and misconduct. He later released an apology statement, but he hasn’t said anything since then.

On Instagram, Couric responded to a fan on Instagram who blasted her for not saying anything, according to the Daily Mail.

“It’s incredibly upsetting and I will say something when I’m ready to. Thanks for your interest,” she responded.

The Instagram user who criticized her wrote: “Nothing to say on Matt?? Huh- y’all would have been all over the story years ago.” The person added, “I watched y’all for YEARS. My childhood. Just goes to show you really can’t trust people.”

After Lauer’s firing, a video of Couric’s interview with Bravo’s Andy Cohen from 2012 surfaced. She was asked about Lauer’s most annoying habit on the “Today” show, and she responded with: “He pinches me on the [buttocks] a lot.” It’s unclear if she was joking.

Lauer was let go after a female colleague complained to NBC officials about a pattern of inappropriate sexual behavior that began while they were on assignment at the 2014 Sochi Winter Olympics in Russia, according to NBC statements on Wednesday.

On Thursday, Guthrie read a statement from Lauer on the air in which he apologized for “troubling flaws.” The “Today” show also reported on Thursday that at least two more women have gone to NBC with similar complaints against Lauer.

Lauer said in his statement that some of the accusations against him were “untrue or mischaracterized,” without explaining further, but said that “there is enough truth in these stories to make me feel embarrassed and ashamed.”