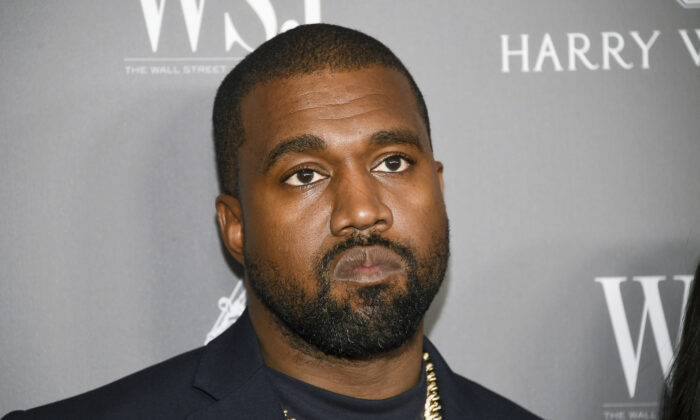 A representative from Meta, formerly Facebook, told Variety that comments recently posted to the rapper’s account violated Instagram’s policies on hate speech, bullying, and harassment, and have been deleted.

As a result, West, also known as Ye, will be unable to post, comment, or send private messages on the account for 24 hours. The spokesperson added that the platform will take additional measures if they saw West committing further violations.

Earlier on Wednesday, rapper West posted a screenshot of Noah taken from a Google search result that referred to the TV celebrity as a “South African comedian,” according to TMZ, who obtained screenshots of an alleged racial slur.

West captioned the post by replacing the lyrics to “Kumbaya” with a racially offensive term.

Prior to the incident, Noah had earlier on Tuesday expressed his thoughts about West’s divorce from Kim Kardashian on his program, “The Daily Show.”

Kardashian filed for divorce in February 2021 citing “irreconcilable differences.” She was declared legally single on March 2 after nearly seven years of marriage and has since begun dating “Saturday Night Live” star, Pete Davidson.

“It’s spun into a story that seems fully tabloid but I think deserves a little more awareness from the general public. … I know everyone thinks it’s a big marketing stunt,” Noah said of West and Kardashian’s divorce on Tuesday’s show, alleging that West has become “more and more belligerent in his attempts to get Kim back” over time.

“Look at the coincidence: Kim is launching a new show,” Noah continued. “But only two things can be true. Kim likes publicity. Kim is also being harassed. Those things can be happening at the same time because, I’ll be honest with you, what I see from this situation, I see a woman who wants to live her life without being harassed by an ex-boyfriend, ex-husband, or ex-anything.”

“What [Kardashian is] going through is terrifying to watch, and it shines a spotlight on what so many women go through when they choose to leave,” he added. “All I’m saying about the story is this: if Kim Kardashian cannot escape this, then what chance do normal women have?”

West’s account is currently still active but contains just eight posts, two of which are dedicated to his estranged wife’s boyfriend and questioning Davidson’s character to be a role model for his children.

The Epoch Times has contacted a Meta spokesperson and West for comment over the suspension.

This is not the first time that Meta has banned a high-profile individual from Instagram, having suspended former President Donald Trump’s Facebook and Instagram accounts following the Jan. 6, 2021 breach of the U.S. Capitol.

Earlier this month, Meta announced a was temporary change to its content policy that would allow users to express their views against Russia’s attack on Ukraine, allowing posts such as “death to Russian invaders.”

Just a day after the announcement, prosecutors started a criminal case, asking a court to designate Meta as an “extremist organization” and prohibit its activities in Russia.

Nick Clegg, the global affairs president of Meta, later said in a statement on Twitter that the policy is only applicable in Ukraine and is a temporary decision “taken in extraordinary and unprecedented circumstances.”