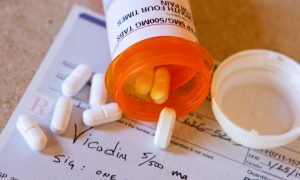 Multiple Factors Cause High Prescription Drug Prices in US
0 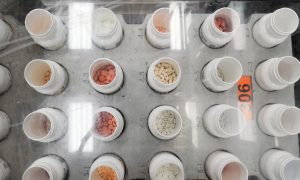 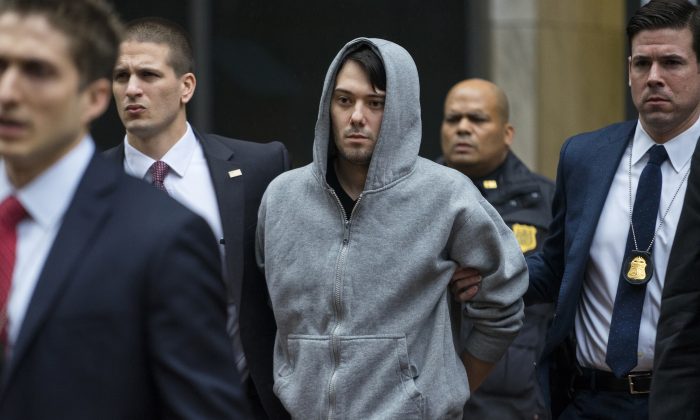 Former hedge fund manager Martin Shkreli is escorted by law enforcement agents in New York after being taken into custody following a securities probe on Dec. 17, 2015. KaloBios, the troubled drugmaker taken over by Shkreli in November, is seeking bankruptcy protection less than two weeks after his arrest on securities fraud. (AP Photo/Craig Ruttle)
Business

NEW YORK—KaloBios, the troubled drugmaker taken over by Martin Shkreli last month, is seeking bankruptcy protection less than two weeks after his arrest for securities fraud.

It is the second pharmaceutical company with ties to the former hedge fund manager now in turmoil following his indictment on charges unrelated to his involvement with them, though the drugmakers are not lacking for problems of their own

The other, Turing Pharmaceuticals Inc., is cutting jobs and seeking a new CEO after Shkreli resigned the position because of his arrest.

Under Shkreli, Turing acquired the rights to a treatment for a rare parasitic infection that mainly strikes pregnant women and raised the price from $13.50 to $750 per pill. That shoved the New York company right into the crosshairs of lawmakers under pressure to do something about soaring drug prices.

An investigation by the Senate Special Committee on Aging is now focused on Turing and three other pharmaceutical companies.

With Shkreli in charge, KaloBios also planned to rack up big profits on a decades-old drug that treats a parasitic infection. The company suggested it might charge tens of thousands of dollars for a round of treatment, although the real prize might have been a government voucher potentially worth hundreds of millions.

When it was revealed in November that Shkreli had acquired a controlling stake in publicly traded KaloBios, a failing drug developer doing research on cancer treatments, its shares soared 20 percent in a day.

Two weeks after he became its CEO, KaloBios agreed to buy the U.S. rights to benznidazole, which is used to treat a parasitic infection called Chagas disease. Benznidazole was never approved in the U.S. because Chagas disease isn’t common there, although the number of cases is growing.

The South San Francisco, California, company said it planned to get quick marketing approval for benznidazole without running costly clinical studies and said it wanted a price tag similar to new hepatitis C drugs that cost around $1,000 per pill, or more than $80,000 for a course of treatment.

Doctors Without Borders said a course of treatment with benznidazole typically costs about $100 in Latin America. Patients in the U.S. get the drug through the Centers for Disease Control and Prevention.

If the Food and Drug Administration approved KaloBios’ application for benznidazole, the company could have also obtained a Priority Review Voucher from the government entitling it to a faster review of another drug. Those vouchers can be sold to other companies, and KaloBios said they can fetch hundreds of millions of dollars in proceeds.

Trading in KaloBios shares has been suspended for two weeks and it was notified one week ago that it would be delisted from Nasdaq because of Shkreli’s arrest, as well as the arrest of the company’s outside counsel.

In a Chapter 11 filing late Tuesday with the U.S. bankruptcy court for the District of Delaware, the company listed assets and liabilities in the range of $1 million to $10 million.