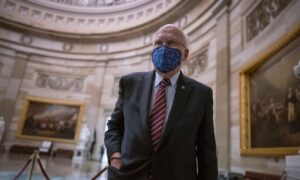 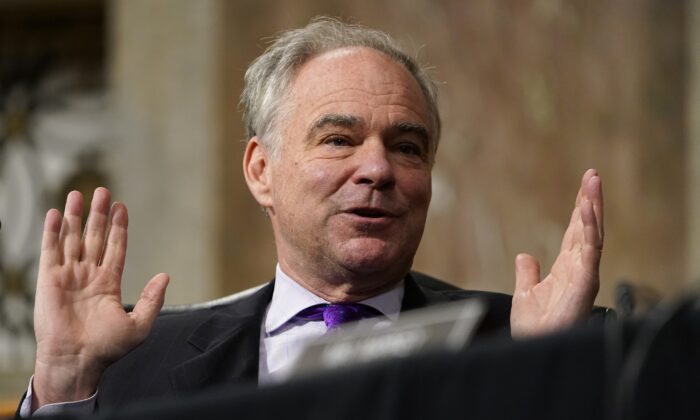 Sen. Tim Kaine (D-Va.) is working to get support to avoid an impeachment trial for former President Donald Trump but the body’s top Democrat said in a message Wednesday that a trial will definitely take place.

Tuesday’s vote on a point of order declaring the trial unconstitutional because Trump is no longer in office drew support from 45 Republicans, showing clearly the difficulty Democrats would have in trying to convince 17 to join them to vote to convict the former president.

Kaine said the vote “was completely clarifying that we’re not going to get near 67 votes.”

“To do a trial knowing you’ll get 55 votes at the max seems to me to be not the right prioritization of our time right now,” he added, telling reporters at the Capitol that he’s trying to drum up support for a bipartisan proposal that is reportedly a censure “and thereby potentially avoid the trial.”

Some senators professed interest in the proposal, including Sens. Lisa Murkowski (R-Alaska) and Bob Menendez (D-N.J.).

Other Democrats acknowledged Tuesday’s vote signaled the likelihood Trump will be acquitted.

“I think yesterday’s vote … is a strong indication that it will be an uphill climb for President Trump to be convicted,” Sen. Chris Coons (D-Del.) told reporters.

“It will be very difficult to get to the 67 votes,” Sen. Debbie Stabenow (D-Mich.) said.

But Senate Majority Leader Chuck Schumer (D-N.Y.) said on the Senate floor in a message to the body: “Make no mistake. There will be a trial, and the evidence against the former president will be presented in living color for the nation and for every one of us to see.”

“We will all watch what happened, we will listen to what happened, and then we will vote. We will pass judgement, as our solemn duty under the Constitution demands,” he said.

Sen. Dick Durbin (D-Ill.), the No. 2 Democrat in the Senate, argued on the floor that “we now have a responsibility to go forward with this impeachment trial.”

A slim possibility remains that the threshold for conviction is met in the trial. At least 17 Republican senators have said they’ll listen to evidence before deciding how to vote, including Senate Minority Leader Mitch McConnell (R-Ky.). Five others haven’t stated their stances.

Still, many of the Republicans who said the trial is unconstitutional plan to vote against conviction.

“When people woke up this morning, the first thing they thought about was, ‘am I going to have a job next week? How am I going to pay my bills at the end of this month? Will my business be able to survive another month in these conditions?’ That’s what we should be focused on,” he said.

“The first chance I get to end this trial, I’ll vote for it,” he added.