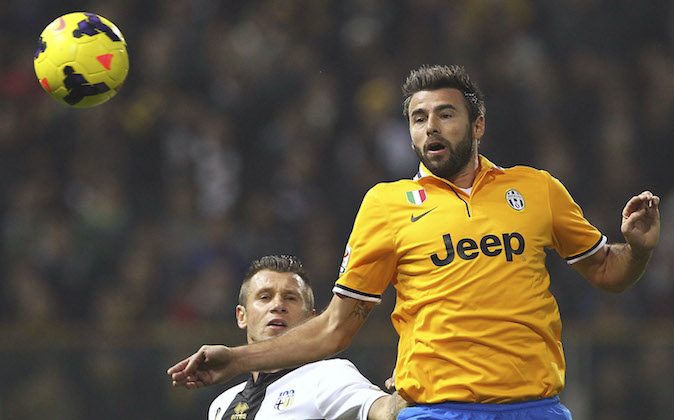 Andrea Barzagli (R) of Juventus competes for the ball with Antonio Cassano (L) of Parma FC during the Serie A match between Parma FC and Juventus at Stadio Ennio Tardini on November 2, 2013 in Parma, Italy. (Photo by Marco Luzzani/Getty Images)
Soccer

The game will be broadcast on Sky Calcio 1 in Italy.

The game will also air on RAI International in the United States.

Here’s an AP preview of the match.

Juventus striker Carlos Tevez scored again over the weekend to take him back to the top of the scoring charts, level with Torino striker Ciro Immobile.

The Argentine scored the winner in a 1-0 victory at Catania for his 16th league goal of the season.

“I’m not thinking about the goalscorers standings,” Tevez said. “It was important to win the match. We’re getting closer to the title.

“Now we’re thinking about the next matches against Parma and Napoli. Each match will be like a final to win the championship, then we’ll think about the Europa League.”

Juventus hosts Parma on Wednesday, looking for its seventh straight Serie A victory and sixth clean sheet. It has won all 14 of its home league matches this season.

Parma is on a club record unbeaten run of 17 matches.