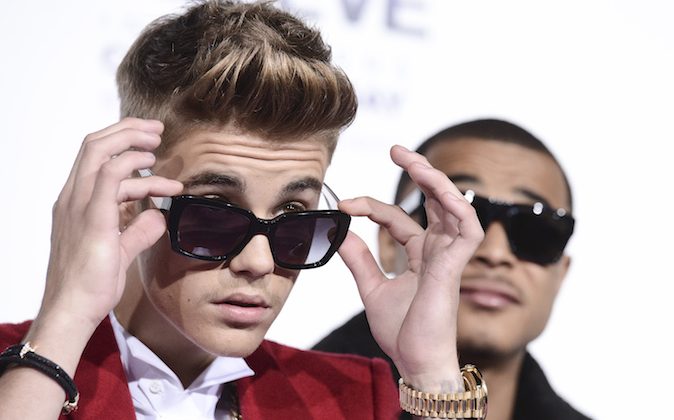 Justin Bieber did not legally change his race to African American, but a report published on a fake news website says otherwise. (Photo by Dan Steinberg/Invision/AP)
Entertainment

“Justin and Miley” trended worldwide on Twitter on Saturday  and Sunday night, with a number of fake photos being passed around.

Some people were suggesting that the two were “smoking” while others said the two singers were in a relationship.

One photo that was getting shared heavily is an image of Bieber and Cyrus. But that was a Photoshopped image from last year.

“I can’t believe this is happening Justin and Miley my otp hanging out this is like Christmas,” one person wrote.

“Justin and Miley are the perfect couple,” another person tweeted, which included another blatantly Photoshopped image. The original image was taken last year of just Cyrus.

ATLANTA (AP) — A security guard for Justin Bieber has been indicted on two felony charges after he admitted taking a camera from a photographer in suburban Atlanta.

Hugo Hesny was indicted Tuesday in Fulton County Superior Court. He faces charges of robbery and entering a vehicle.

Photographer Jason Winslow told police he was trying to shoot photos of Bieber outside an arcade in Sandy Springs on Feb. 25 when Hesny told him to leave. Winslow said Hesny chased him, cut him off, opened the door of Winslow’s vehicle and took his camera.

Hesny initially told police he didn’t take the camera but after officers found the camera in an SUV used by the singer’s entourage, Hesny said he wanted only to delete photos taken outside the arcade.

Hesny is free on bond.

SARATOGA SPRINGS, N.Y. (AP) — A college in upstate New York is offering a summer course onMiley Cyrus and won’t even make students do any class twerk.

The Saratogian newspaper reports (http://bit.ly/1rEU9Og ) the course will be offered by Skidmore College, a private liberal arts college in Saratoga Springs.

Chernoff says she’ll focus on the 21-year-old performer and all her incarnations as a way to study such topics as gender, race, class, fame and power.

She says she got the idea after teaching a course on youth culture that featured video of Cyrustwerking at the 2013 MTV Video Music Awards.

But Chernoff says students will have to learn how to twerk on their own time.