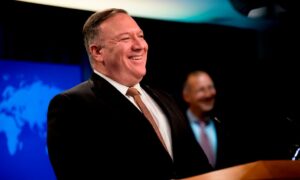 Pompeo: US Calls on India to Pivot Away From China
0 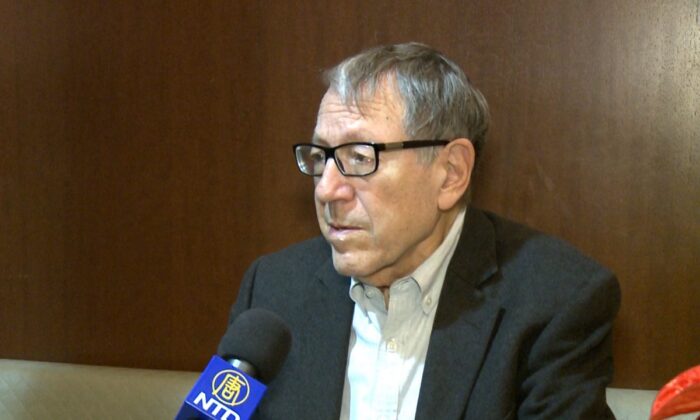 Former Liberal MP and minister of justice Irwin Cotler, one of the Canadian co-chairs of the Inter-Parliamentary Alliance on China. IPAC was established in June to unite international efforts against the global challenges posed by the Chinese communist regime. (Gerry Smith/NTD Television)
Canada

Justice for Falun Gong Should be a Priority, Says Former Justice Minister

Seeking justice for adherents of the Falun Gong spiritual practice should be a priority for the international human rights movement for parliamentarians, says a Canadian member of Inter-Parliamentary Alliance on China (IPAC).

Irwin Cotler, one of the Canadian co-chairs of IPAC, made the comments during his speech at an online solidarity rally commemorating the 21st anniversary of the ongoing persecution campaign against Falun Gong, launched by the Chinese Communist Party (CCP) on July 20, 1999.

“We have to make justice for the Falun Gong and accountability for their human rights violators a priority as a matter of principle and policy for the international human rights movement for parliamentarians,” said Cotler, a former justice minister who is currently chair of the Raoul Wallenberg Centre for Human Rights.

Cotler said he is delighted that IPAC has already made this a priority, issuing a statement on July 20 condemning the persecution of Falun Gong and “calling for justice and accountability.”

IPAC was established in June to unite international efforts against the global challenges posed by the Chinese communist regime. It comprises senior legislators from about 20 countries, including the United States, Canada, Australia, Germany, Japan, Norway, Sweden, the United Kingdom, and the European Parliament.

“Over the past two decades the campaign against Falun Gong practitioners has resulted in the imprisonment of hundreds of thousands of its followers, where they have been subjected to some of the most severe forms of torture,” said the IPAC statement.

IPAC noted that it is particularly troubled by “reports of the targeting of Falun Gong prisoners for their human organs.”

“Evidence of forced organ harvesting in China emerged 15 years ago and an independent and rigorous legal project—the China Tribunal—last year found beyond reasonable doubt that this practice had been perpetrated on a widespread, state-sponsored, and systematic level,” reads the statement.

“We remind the world of the depravities they continue to suffer, and urge the world to stand up and speak out for an end to such repression, an end to impunity, and for justice, accountability, human rights, and human dignity for all the peoples of China.”

Falun Gong was introduced to the public in 1992 and spread rapidly, growing to between 70 and 100 million adherents by 1999. In July of that year, former CCP leader Jiang Zemin launched an illegal campaign to persecute adherents due to the practice’s popularity and the fact that wasn’t under the control of the regime.

Cotler explained during an interview that “while the Falun Gong was doing nothing other than affirming ancient Chinese Buddhist values of truth and compassion and tolerance, the CCP was basically criminalizing them for affirming these values and launched this eradication campaign.”

Sir Geoffrey Nice, who headed the China Tribunal held in London, England, concluded on June 17, 2019, that “forced organ harvesting has been committed for years throughout China on a significant scale and that Falun Gong practitioners have been one—and probably the main—source of organ supply.”

“Sir Geoffrey Nice … said that the acts here in regard to the forced organ pillaging and the executions involved could itself constitute acts of genocide,” Cotler said.

“So we’re talking about crimes against humanity that have been going on now for 21 years.”