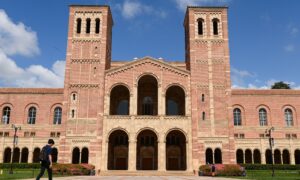 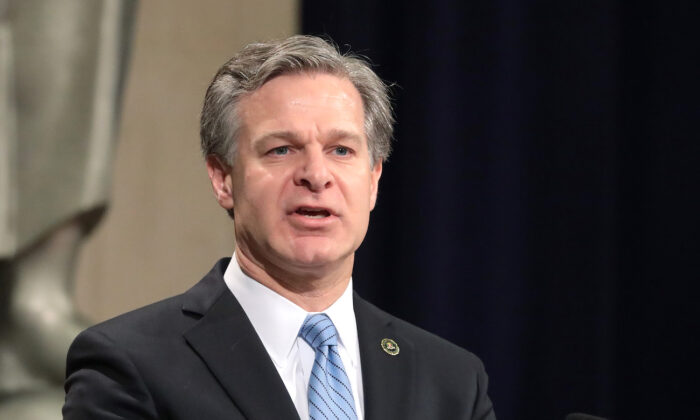 Justice Dept: We Will Continue to Focus on China Threats to Safeguard US Interests

The Department of Justice (DOJ) recently reviewed its “China Initiative” program that aims to prosecute wrongdoing to benefit Beijing, stating that it would continue to go after the Chinese regime’s criminal activities.

On the two-year anniversary of the program’s launch, the DOJ issued a statement on Nov. 16. Christopher Wray, director of the Federal Bureau of Investigation (FBI), said: “The Chinese Communist Party’s theft of sensitive information and technology isn’t a rumor or a baseless accusation. It’s very real, and it’s part of a coordinated campaign by the Chinese government, which the China Initiative is helping to disrupt.”

Attorney General William P. Barr, who assumed office in February 2019, said in the statement: “In the last year, the Department has made incredible strides in countering the systemic efforts by the PRC [People’s Republic of China] to enhance its economic and military strength at America’s expense.”

Announced on Nov. 1, 2018, the initiative has a list of goals, such as ensuring that investigators have the resources to tackle trade secret theft cases; educating U.S. colleges and universities about Chinese influence on their campuses; and enforcing the Foreign Agents Registration Act (FARA) to register agents that aim to advance China’s political agenda in the United States.

In 2020 alone, DOJ stated that it and the FBI exposed six people who came from China to study in the United States after concealing their affiliations to China’s military, the People’s Liberation Army (PLA), on their visa applications.

For instance, Wang Xin was arrested at the Los Angeles International Airport on June 7 on charges of committing visa fraud. According to prosecutors, he was a PLA officer who was ordered by his supervisor in China to observe lab operations at the University of California, San Francisco, where he worked as a researcher.

Tang Juan, a researcher at the University of California, Davis, was arrested on July 23 for hiding her ties to the Chinese military in her visa application. The Chinese consulate in San Francisco harbored her for a month, according to the FBI.

In the recent statement, the DOJ noted that after the FBI’s investigations this summer, coupled with the State Department’s closure of the Chinese consulate in Houston, Texas amid concerns about the outpost’s efforts to steal American intellectual property, “a large number of undeclared, PLA-affiliated Chinese researchers fled the United States.”

Tang has been staying in the home of a Chinese-American lawyer named Steven Chui while awaiting her trial. The latter agreed to put up $750,000 equity in his home, which he would forfeit if Tang fled, according to a court agreement.

According to local newspaper the Sacramento Bee, Tang’s lawyers requested permission for her to move to new housing in late October, citing concerns about her safety.

The Chinese regime has previously slammed the DOJ’s campaign.

During a press briefing on Oct. 30, China’s foreign ministry spokesperson Wang Wenbin was asked about the DOJ having launched more than 2,000 investigations in connections to China.

He slammed the initiative as “purely political manipulation” and said the United States held a “Cold War mentality and ideological bias.”

FBI director Wray told Fox News in June that the agency had more than 2,000 active investigations that trace back to the Chinese Communist Party.