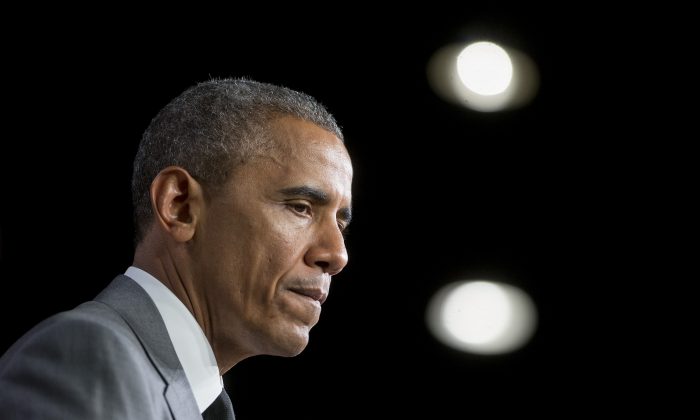 The Justice Department officially started an investigation into whether political motivations were behind the Obama administration’s spying on the Trump campaign.

Deputy Attorney General Rod Rosenstein ordered the Justice Department watchdog, Inspector General Michael Horowitz, to expand the current probe of surveillance abuses against the Trump campaign to include allegations of infiltration and whether those involved engaged in these activities for “inappropriate purposes.”

“If anyone did infiltrate or surveil participants in a presidential campaign for inappropriate purposes, we need to know about it and take appropriate action,” Rosenstein said in a statement.

In a separate statement, a Justice Department spokeswoman said that Horowitz would consult a prosecutor if any evidence of criminality surfaces.

The statements from the DOJ came shortly after President Donald Trump demanded on Sunday that an investigation be opened into the spy operation on his 2016 campaign.

“I hereby demand, and will do so officially tomorrow, that the Department of Justice look into whether or not the FBI/DOJ infiltrated or surveilled the Trump Campaign for Political Purposes – and if any such demands or requests were made by people within the Obama Administration!” Trump wrote on Twitter.

I hereby demand, and will do so officially tomorrow, that the Department of Justice look into whether or not the FBI/DOJ infiltrated or surveilled the Trump Campaign for Political Purposes – and if any such demands or requests were made by people within the Obama Administration!

The president’s tweet came after The New York Times and The Washington Post cited anonymous government sources to reveal that at least one FBI spy met with three minor members of Trump’s campaign. Those officials disclosed the identity of the spy to the newspapers despite the DOJ telling Congress that disclosing the spy’s identity would endanger lives and compromise national security.

The FISA operation is under fire because the warrants were obtained using an unverified anti-Trump dossier funded by the Clinton campaign and the Democratic National Committee. Top FBI and DOJ officials involved in signing the FISA warrants have been referred for criminal investigation (pdf).

Though the identity of the spy would only be officially confirmed if and when the Justice Department releases his or her name, The Daily Caller’s Chuck Ross reported on Saturday that the details leaked to the Times and the Post “match up perfectly” with his March report on Stefan Halper, a Cambridge professor with ties to the CIA and MI6.

Halper contacted minor Trump campaign members Carter Page, George Papadopoulos, and another adviser, Sam Clovis, during the 2016 campaign. Halper first met Page in mid-July 2016 and the pair stayed in touch for the next 14 months. Halper met Clovis for coffee on Aug. 31 or Sept. 1.

Halper’s relationship with Papadopoulos started with an unsolicited email on Sept. 2, 2016, with an offer to fly the Trump campaign adviser to London to discuss writing a policy paper on energy issues in Turkey, Israel, and Cyprus. Halper offered Papadopoulos $3,000 for the work.

During one of their meetings, Halper asked Papadopoulos if he knew anything about emails hacked by Russians from the DNC server, to which Papadopoulos said he didn’t, according to Daily Caller sources.

Halper’s assistant, Azra Turk, also brought up Russians and emails when she had drinks with Papadopoulos and reportedly flirted with him.

Papadopoulos pleaded guilty of lying to the FBI about his contacts with another professor, Joseph Mifsud.

In April 2016, Mifsud told Papadopoulos that he knew that the Russian government had access to Clinton emails. Two weeks later, Papadopoulos reportedly mentioned stolen Clinton emails during a boozy conversation with a top Australian diplomat.

The FBI now claims, according to anonymous leaks to the New York Times, that this conversation with the Australian diplomat is the reason for the start of the ongoing two-year-long investigation into the Trump campaign’s alleged collusion with Russia.

The investigation thus far has not produced any evidence of collusion.