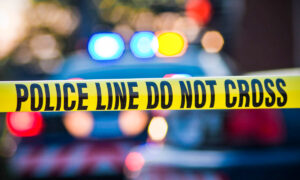 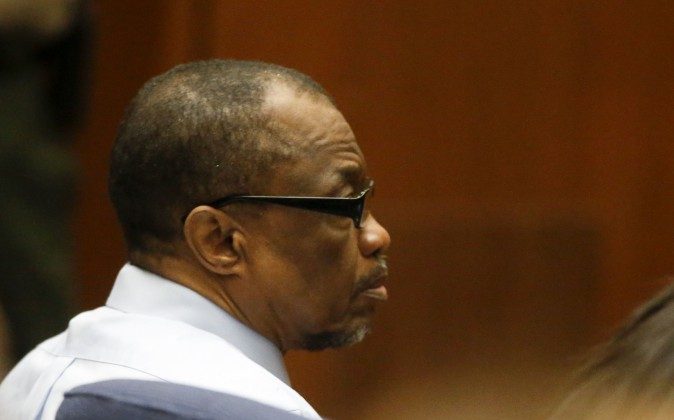 Lonnie Franklin Jr., left, appears in Los Angeles Superior Court during closing arguments of his trail Monday, May 2, 2016, in Los Angeles. The Grim Sleeper serial killer trial is coming to a close in Los Angeles after months of testimony. Franklin is charged with killing nine women and a 15-year-old girl between 1985 and 2007. They were shot or strangled and their bodies dumped in alleys and trash bins in South Los Angeles and nearby areas. (Mark Boster/Los Angeles Times via AP, Pool)
Crime and Incidents

The 12 jurors who convicted 63-year-old serial killer Lonnie Franklin Jr. in May, recommended the death penalty June 6, in the next step of the high-profile Los Angeles case.

The jurors spent 5 hours deliberating their decision, which now must be upheld and imposed by a judge at the formal sentencing in August, according to Reuters.

Franklin Jr., known as the “Grim Sleeper,” was convicted on May 5 of shooting seven women to death from August 1985 to September 1988, and killing three more in a second wave of killings from March 2002 to January 2007.

A former police garage attendant and garbage collector, Franklin Jr. is known as one of California’s worst serial killers.

He also was found guilty of attempted murder in 1988, when an eleventh victim, Enierta Washington, survived being raped, shot in the chest, pushed out of a car, and left for dead. Washington appeared and testified against Franklin Jr. during the trial.

Due to the gap between killing sprees, he was given the nickname “Grim Sleeper.” Franklin Jr. stalked South Los Angeles streets and ravaged prostitutes and drug addicts, during a time when the city was at the height of a crack-cocaine epidemic, according to the report, citing officials.

In his home, police uncovered a collection of more than 180 photos taken of his victims—which he left nude or partially nude and dumped in alley ways and trash containers.

Although Franklin Jr. was believed to have spent 13 years away from slayings, police say new information may link him to a possible five more cases—of which, two bodies have not been recovered.

The state of California has not carried out an execution since 2006, when a federal judge noticed chemical problems with the drugs administered during lethal injection, according to Reuters.