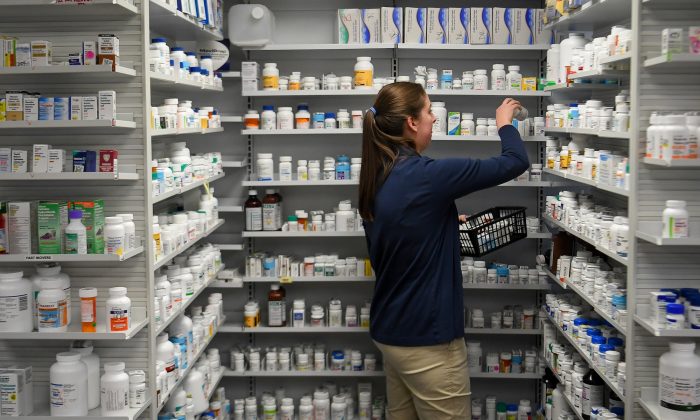 Jury Convicts Ex-employees of Pharmacy in US Meningitis Outbreak

BOSTON—A co-owner and four ex-employees of a Massachusetts compounding pharmacy were convicted on Dec. 13 of committing frauds and other illegal activities that helped boost its business before a deadly 2012 fungal meningitis outbreak linked to drugs it made.

The verdict by a federal jury in Boston came in the latest criminal trial involving former executives and employees of New England Compounding Center, which produced mold-tainted steroids that prosecutors said sickened hundreds of people and killed more than 100.

Jurors found pharmacist Gene Svirskiy guilty of racketeering and pharmacist Christopher Leary guilty of mail fraud over what prosecutors said was their role in misleading NECC’s hospital customers about the quality of the drugs it produced.

Jurors also found NECC co-owner Gregory Conigliaro and Sharon Carter, its former director of operations, guilty of conspiring to defraud the U.S. Food and Drug Administration into thinking NECC was a compounding pharmacy that should be state regulated.

Prosecutors said before the outbreak, hospitals were misled about the quality of various drugs it sold them, which were often produced in insanitary conditions, made with expired ingredients and shipped without proper testing.

Lawyers for the other defendants either declined comment or could not be reached for comment. They are scheduled to be sentenced in March.

The six were among 14 people associated with Framingham, Massachusetts-based NECC indicted in 2014 after the meningitis outbreak, which sickened 793 people in 20 states, prosecutors said.

Jurors in two trials in 2017 convicted NECC co-founder Barry Cadden and supervisory pharmacist Glenn Chin of racketeering and fraud but cleared them of second-degree murder over the deaths of 25 patients.

Unlike Cadden and Chin, who were sentenced to nine and eight years in prison, respectively, the six defendants in the latest trial were not charged with having any role in making the contaminated steroids.