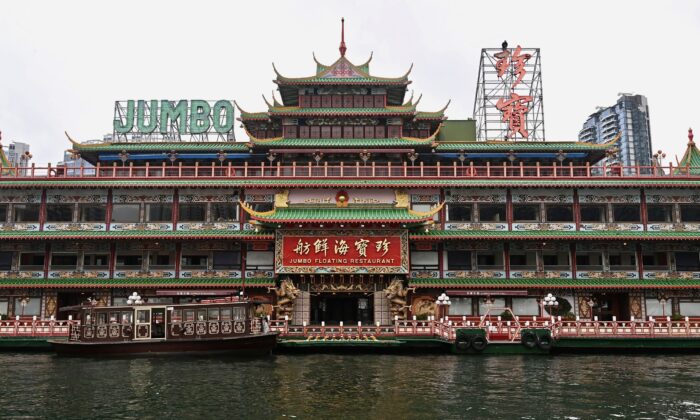 Previously, Sing Tao Daily quoted Chairman of Hong Kong Insurance Professionals Federation, Mak Shun-pong, that the estimated amount of the Jumbo floating Restaurant is at least HK$100 million (US$12.8 million). Conspiracy theory suggested that the sinking of the Restaurant would be to the Aberdeen Restaurant Enterprises’s benefit as this does not save the considerable maintenance costs, but also receiving the insurance compensations. The Aberdeen Restaurant Enterprises issued another statement on June 26 to clarify that the company will not receive any compensation from the sinking of the Floating Restaurant as it only has insurance for third parties.

The Group said that they have submitted a report of this unfortunate event to the Marine Department. The Sansha City Maritime Safety Administration are following the incident closely. The towing company is still near the Jumbo Floating Company, assisting with waterway safety.