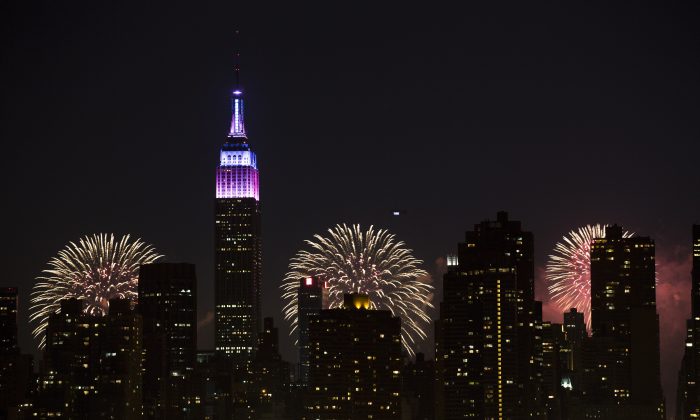 “As Mankind becomes more liberal, they will be more apt to allow that all those who conduct themselves as worthy members of the community are equally entitled to the protections of civil government. I hope ever to see America among the foremost nations of justice and liberality” — George Washington

“Those who desire to give up freedom in order to gain security will not have, nor do they deserve, either one” — Benjamin Franklin

“The United States is the only country with a known birthday” — James G. Blaine

“We must be free not because we claim freedom, but because we practice it” — William Faulkner

“I think the girl who is able to earn her own living and pay her own way should be as happy as anybody on earth. The sense of independence and security is very sweet” — Susan B. Anthony

“Those who expect to reap the blessings of freedom, must, like men, undergo the fatigue of supporting it” — Thomas Paine

“Freedom has its life in the hearts, the actions, the spirit of men and so it must be daily earned and refreshed – else like a flower cut from its life-giving roots, it will wither and die” — Dwight D. Eisenhower

“July 4. Statistics show that we lose more fools on this day than in all the other days of the year put together. This proves, by the number left in stock, that one fourth of July per year is now inadequate, the country has grown so” — Mark Twain

“Independence is a heady draught, and if you drink it in your youth, it can have the same effect on the brain as young wine does. It does not matter that its taste is not always appealing. It is addictive and with each drink you want more” — Maya Angelou

“Africans require, want, the franchise on the basis of one man one vote. They want political independence” — Nelson Mandela

“The beauty of independence, departure, actions that rely on themselves” — Walt Whitman