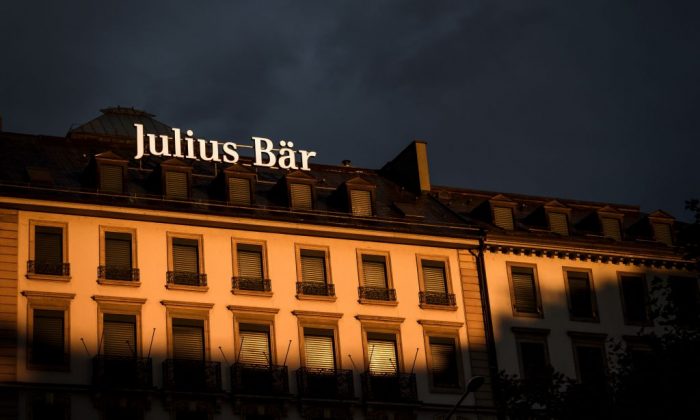 A sign of Swiss private bank Julius Baer is seen on the top of a building at sunset on Sept. 30, 2018 in Geneva. (Fabrice Coffrini/AFP/Getty Images)
Companies

Julius Baer in Talks With Santander Over Venezuela Business: Sources

ZURICH—Swiss private bank Julius Baer is in talks about transferring its Venezuelan book of business to Spain’s Banco Santander as Baer reorganizes operations in Latin America, sources close to the situation have told Reuters.

Baer said in October it was closing its branches in Peru and Panama as part of its effort to focus on larger markets in the region such as Mexico, Brazil, and Argentina.

A source familiar with the situation, who asked not to be identified, said on Dec. 8 that talks with Santander over Baer’s Venezuelan book of business were underway but had not yet been concluded.

Last month, another source told Reuters on condition of anonymity that Santander was talking to Julius Baer about taking over some of the Swiss bank’s clients in Venezuela.

A third source said a potential deal would not involve the transfer of any portfolio or assets, but rather come as referral agreement where the Spanish bank could access Baer’s clients.

A spokesman for the Spanish bank declined to comment.

Santander has not operated in Venezuela since agreeing in 2009 to sell its stake in Banco de Venezuela to the country’s government for 1.05 billion euros ($1.19 billion).

Baer’s possible exit from Venezuela follows legal proceedings involving a former executive in Latin America. The bank itself has not been charged with any wrongdoing.

Matthias Krull, a former Julius Baer Panama vice-chairman, was sentenced to 10 years in U.S. prison in October after pleading guilty for his role in a billion-dollar scheme to launder money embezzled from Venezuelan state oil company PDVSA.