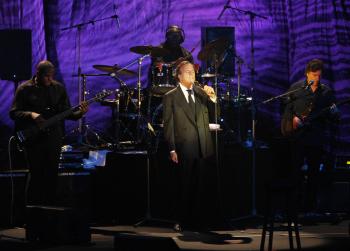 The wedding took place at the Virgen del Carmen church in the southern area of Marbella, Spain.

One of the three priests at the ceremony, Rev. Roberto Rojo Aguado, told the Associated Press that the couple was married on Tuesday.

The guests included the couple’s five children, ages ranging from 3 to 13 and two witnesses.

The 66-year-old celebrity was previously married to Isabel Preysler, with whom he had three children including Enrique Iglesias, now a famous singer in his own right.