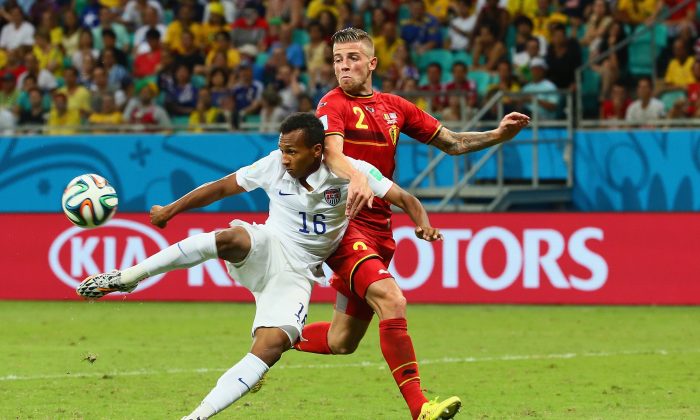 Julian Green of the United States scores his team's first goal in extra time against Toby Alderweireld of Belgium during the 2014 FIFA World Cup Brazil Round of 16 match between Belgium and the United States at Arena Fonte Nova on July 1, 2014 in Salvador, Brazil. (Photo by Kevin C. Cox/Getty Images)
Soccer

Julian Green pulls one back for USA in the 2 minute of the second period of extra time.