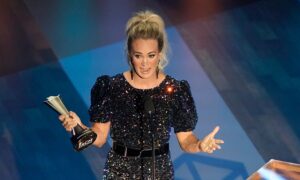 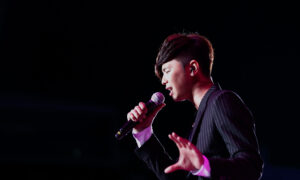 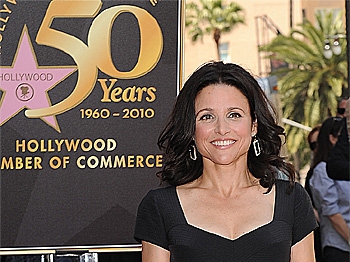 By Barbara Danza
Print
Actress Julia-Louis Dreyfus, best known for her role as Elaine on the television comedy “Seinfeld” and more recently the title star of the series “The New Adventures of Old Christine,” was honored on Tuesday with a star on the Hollywood Walk of Fame.

The star laughed heartily when she noticed that her name was spelled incorrectly reading “Luis” instead of “Louis.” She was quoted as saying, "The misspelling was so perfectly apt, a great metaphor for show business. Right when you think you've made it, you get knocked down.”

The name was quickly corrected and the fact that the actress has, in fact, “made it” is now set in stone (er … concrete.)