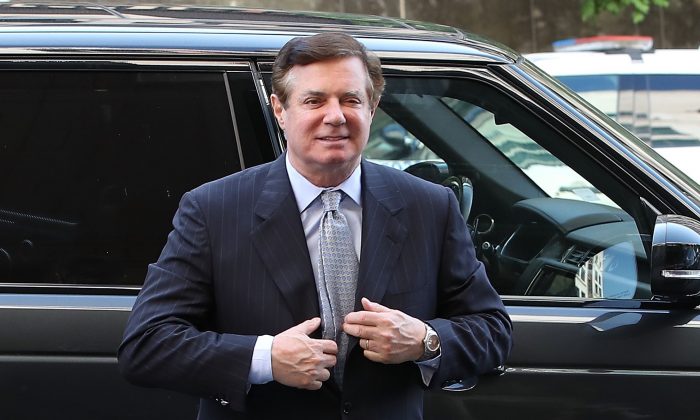 Judge Unveils Names of Witnesses With Immunities in Manafort Case

The witnesses are James Brennan, Dennis Raico, Cindy Laporta, Donna Duggan, and Conor O’Brien, who all seem to be connected to Manafort’s financial and real-estate dealings.

Special Counsel Robert Mueller asked for the immunities on July 17 and also asked for them to be sealed until and whether the witnesses were called to testify.

Mueller charged Manafort in two separate lawsuits (in October and February), saying he hid from authorities millions of dollars in payments from former Ukrainian President Viktor Yanukovych, dodging taxes in the process. He also allegedly lied to banks about his income to get better loans, lied to investigators, and failed to register as representing foreign interests.

Manafort joined the campaign of then-candidate Donald Trump in March 2016 and served as the campaign manager from June to August that year. He stepped down after his previous work in Ukraine was revealed.

Manafort is scheduled for trial on July 25, 2018. Based on court documents, the five witnesses with immunity offers haven’t been charged in the case, but “will not testify or provide other information on the basis of their privilege against self-incrimination.”

Granting immunity is a way to compel a testimony, as a witness who then refuses to testify to a federal grand jury may be held in contempt.

The witnesses were granted the limited “use immunity,” which only covers the testimony compelled by Ellis and doesn’t shield the witnesses from charges based on other evidence.

The Epoch Times reported the sources’ claim appeared inconsistent with information provided to the court by Mueller’s prosecutors, who stated the five witnesses “have not been identified publicly with the case.” Podesta has been linked to the Manafort case in media.