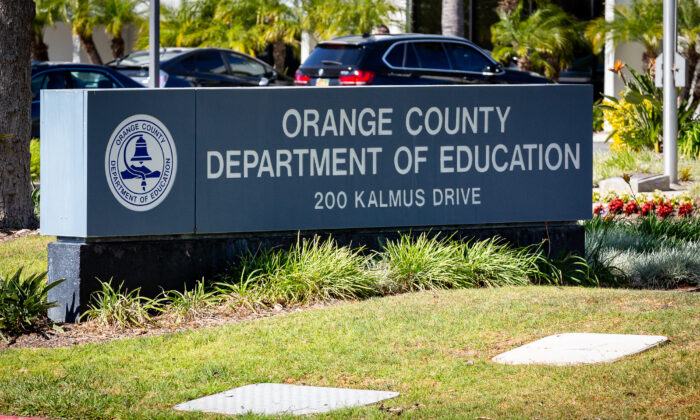 The ongoing fight over the seat of Orange County Board Trustee Tim Shaw proceeds as a judge is set to rule on whether he should be temporarily removed nearly two months before the election.

“At this point, it feels like it’s some game to these people, but it’s my life,” Shaw told The Epoch Times.

Shaw appeared in court on April 28 to fight a lawsuit filed against him by resident Michael Sean Wright.

Wright has been attempting to unseat Shaw since earlier this year when he filed an original complaint against the Orange County Board of Education that was eventually deemed improper by a superior court judge in early April. However, Wright took action to sue Shaw directly on April 20.

“Is it ever going to end,” Shaw questioned while explaining he would look out his kitchen window daily wondering when someone would arrive at his door to deliver the next lawsuit.

Wright argued that Shaw was illegally appointed to the board of education following his resignation from the board in late 2021. His lawyer, Lee Fink, insisted that Shaw must be removed from his seat despite the current board trustee being up for reelection in June.

Judge Martha Gooding on Thursday morning questioned the urgency to remove Shaw from his seat when there are only a few months left until the election.

“Where’s the fire? What’s the emergency?” Gooding said during the April 28 hearing in regard to the urgency to unseat Shaw.

Fink responded by claiming Shaw would have an advantage during the election if he was an incumbent and in the next few months could participate in various board activities, such as ribbon-cutting events.

“There is incumbency advantage in elections,” Fink said.

Fink also argued that Shaw would have the right to vote upon agenda items as a trustee.

With ballots already been printed out and nearly ready to send out, Shaw said he assumed the effort to remove him from the board is to give him bad headlines before residents cast their votes.

While Gooding’s decision on whether Shaw should be unseated temporarily is expected to arrive in the next few days, the hearing to determine a final decision on the legal challenge will be held on May 16.